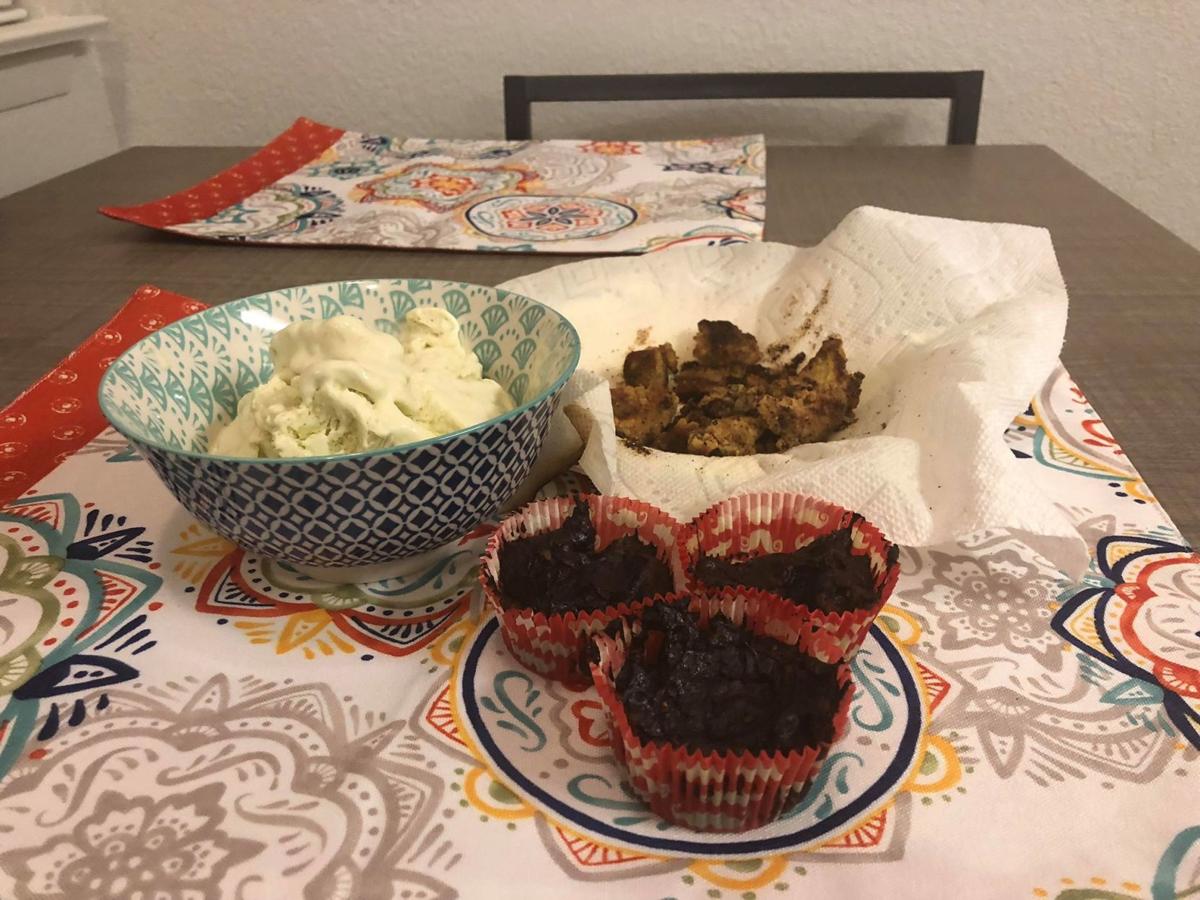 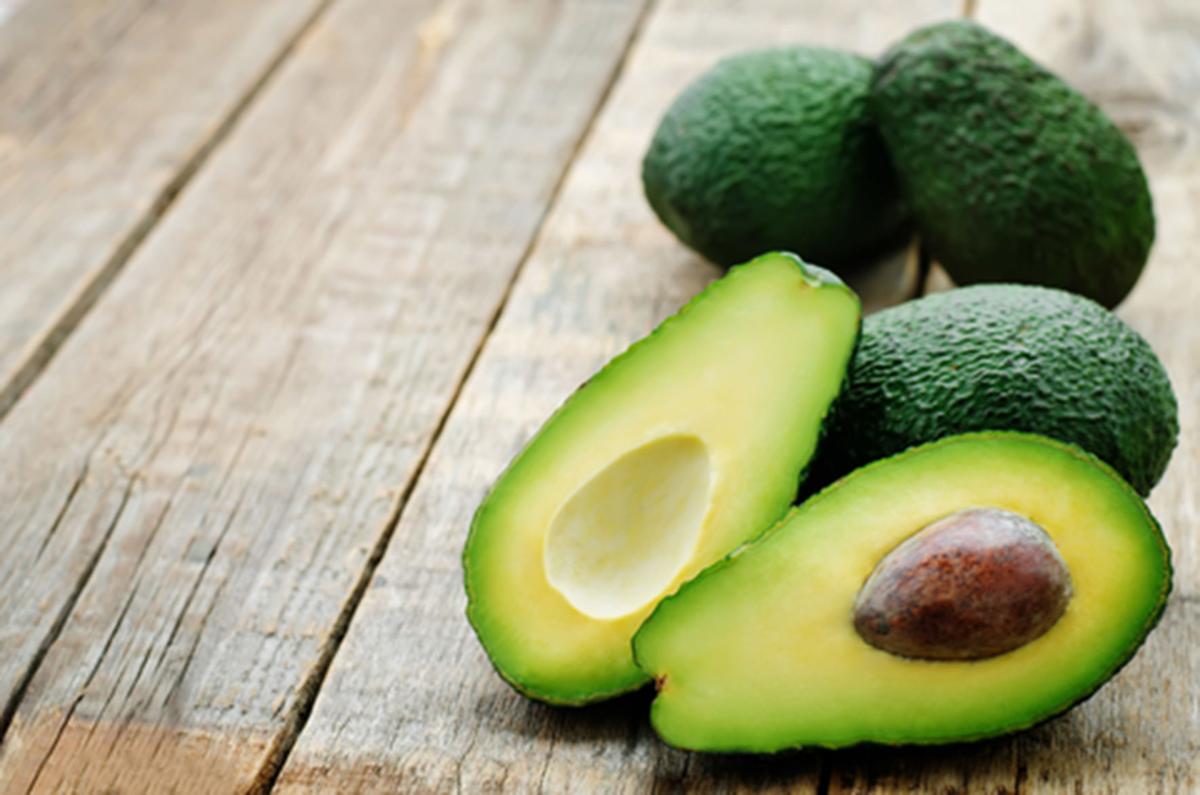 I have only tried avocado five times in my life: twice in a salad, and via guacamole at parties. It’s pretty good with cilantro mixed in, but on its own, I’m not really a fan.

I know avocados are chock-full of nutritional value and millennials are obsessed with them. (Apparently the reason we can’t pay off our student loans is because we spend all our money on avocado toast.) So, Labor Day weekend, I decided to be healthy and make three avocado-centered dishes.

The first step was finding recipes I would be willing to eat and with very few ingredients since I’m a poor college student with a semi-picky appetite. I decided on the following recipes: avocado ice cream, avocado fries and avocado brownie bites. Since I had never bought an avocado before, I had to Google how to see if an avocado was ripe.

I got to the store and, according to my aforementioned search, none of the avocados were ripe. This was Error Number One with my avocado adventure. I wanted to make all of the recipes that day, so I had to settle for unripe avocados. When looking to buy the condensed milk, I noticed that Food Lion didn’t have it. I used Google again to see if evaporated milk was the same thing as condensed milk. Google told me it was, but this would later become Error Number Two. I bought the rest of my ingredients and made my way back to my apartment.

"I took a few more bites and dumped the rest of the contents into the sink."

I added the avocados, the evaporated milk, most of my sugar and the cream. Then came the hard part: mixing it. I knew the recipe called for a blender to mix everything. I did not have a blender. I thought a hand mixer would get the job done. It did not. If I wanted to use the hand mixer at a high speed to chop the avocado, then the ice cream mixture would have gone everywhere. So I decided to fish through my milk and sugar mixture for avocado chunks to chop them up by hand. There were still some chunks after that, but I wanted to get started on the other recipes. I put the “ice cream” in the freezer and waited for it to freeze.

The next day I was scared to try it. It looked like vomit. I scraped off the top of the ice cream with a spoon and put a little bit in my mouth. It wasn’t bad. I took a few more bites and dumped the rest of the contents into the sink. Goodbye.

It took me forever to get the pit out of this avocado as well, and because of that, my “fries” had many varying shapes. Since the avocados were unripe, the flour, egg and breadcrumbs had a hard time sticking to the avocado. I put the coated avocado slices into a heated pan and let them cook for the allotted amount of time. When they were done cooking, I let them cool. Since the “fries” were hot, I decided to start on the brownie bites.

By the time I got back to try the fries, they were cold. I decided to treat these avocado “fries” the same as potato fries and dipped them in ranch. They were actually pretty good … with the ranch; without the ranch, the taste and texture seemed hard and slimy at the same time. I don’t think I would make these “fries” again, but if someone else made them for me I would eat a few.

Once again, it was hard for me to get the pit out of the avocado. Other than that, making the brownie bites was relatively easy. The recipe called for a food processor, another machine that I didn’t have, so I cut up the avocado into miniscule pieces and used the hand mixer to blend all of the cocoa powder, maple syrup, chocolate chips and avocado together. I put the brownie bites in the oven and waited for them to bake. After the bites baked and cooled, I tried one. I could not tell there was avocado in them, and they tasted pretty much like brownies. My roommate and I agreed that this was the best recipe.

I know I don’t like avocados by themselves, but I’m a fan if they’re not chunky and if they have cilantro and lime juice mixed in. I also have great respect for those who eat avocados with nothing but salt and pepper. If you want to make any of these recipes, avoca-don’t make the ice cream, avoca-do make the brownie bites and avoca-maybe make the “fries,” depending on if you have ranch present. Happy eating, Hokies.

Emily is a Multimedia Journalism major with minors in Professional and Technical Writing and Pop Culture. When Emily isn’t doing homework she’s either re-watching “Gilmore Girls” or jamming out to Taylor Swift.

Valentine’s is coming this way: How Hokies across campus are spending the day

Istanbul was once Constantinople: A review of 'Rise of Empires: Ottoman'

There’s love in the hair: Perfect gifts for your Valentine by college