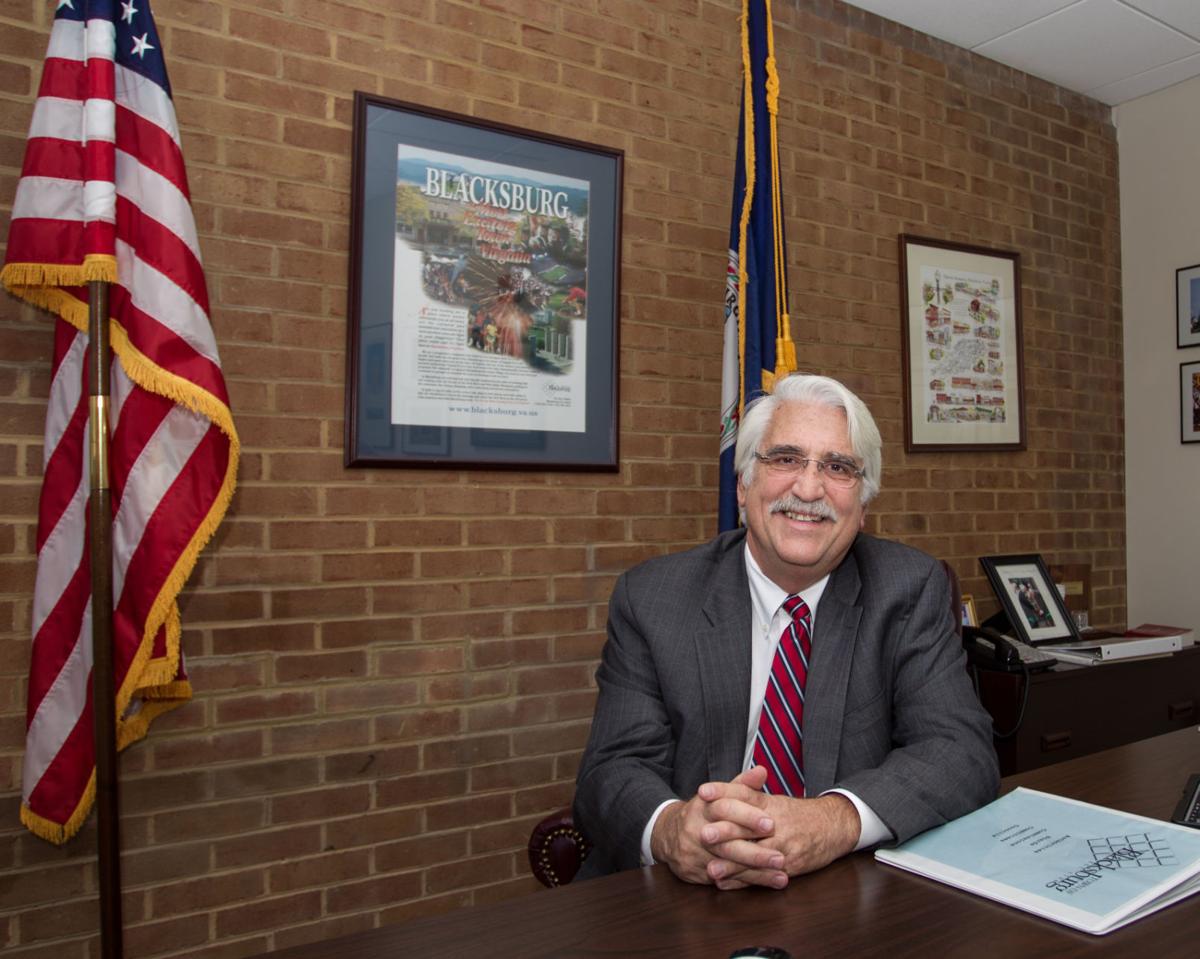 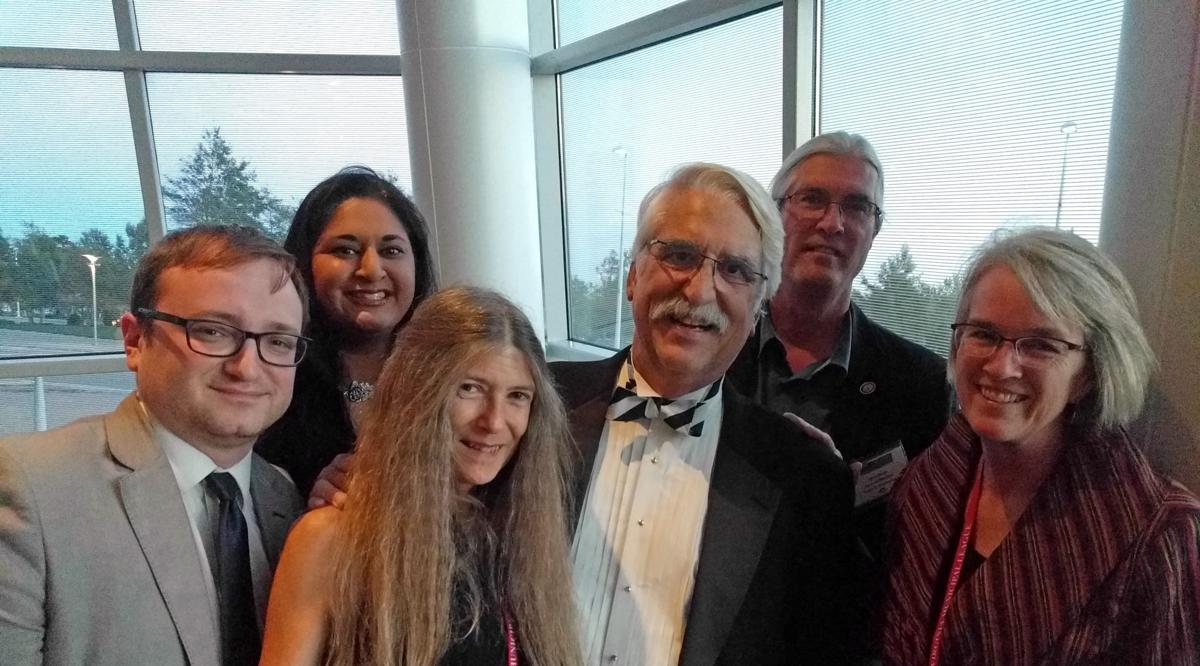 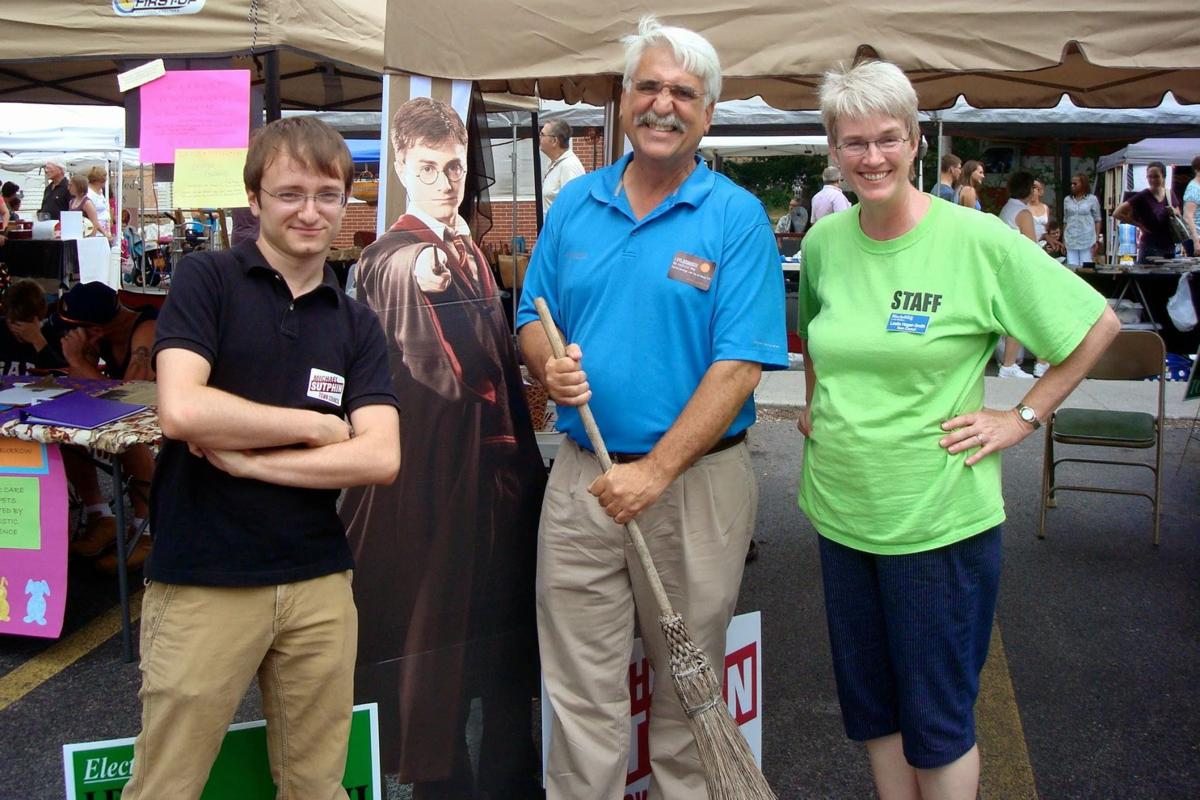 Michael Sutphin poses with Mayor Ron Rordam and Vice Mayor Leslie Hager-Smith while campaigning for Town Council at the Steppin' Out street festival in 2011.

Wednesdays are notorious for disappointments, but for last week in particular, Blacksburg citizens shared a rocky couple of days that resembled less of a hump and more of a mountain. Natives in the area are flushed by Mayor Ron Rordam's news of his prompt retirement come the end of his term in 2017 and look to the Blacksburg Town Council for closure and reassurance.

Unfortunately, Rordam lost his voice to the unfavorable effects of allergies at the time of interview; however, the Collegiate Times opted to solicit responses through email. Rest assured, Rordam’s fun, humorous spirit was well-kept and readily apparent in his written responses.

Considering Rordam has been a constant figure in the overwhelming majority of residents’ lives, holding his position as mayor of Blacksburg for nearly 12 years and with more than 25 years of Town Council expertise under his belt, people are naturally gravitating toward the same pivotal question — why?

“Every four years we have to make a decision on whether to seek another term. Leading up to that decision, it is good to look back and see what has been accomplished and the health of the organization,” Rordam wrote. “We have a great staff, good council and policies and procedures in place to guide future development. It is the right time to pass the baton to the next mayor.”

Although Rordam’s news felt sudden to the people in Blacksburg, he made sure to alert his fellow colleagues a day before his public declaration, a decision he modeled after former Councilwoman Joyce Lewis, who he felt handled the matter with class.

Despite formally leaving his leadership role, Rordam would like to assure the public that he will still be around and that the community will forever be molded by the body of people residing in the town. Therefore, Rordam speculates that the people should see relatively small changes, if any, following his discontinuation as mayor.

“I think he has been a great mayor; we'll miss him on the dais in the council chambers, but I'm friends with him. I'm sure I'll still see him after his retirement.”
Michael Sutphin
member of Blacksburg Town Council

Blacksburg’s “young whippersnapper” and Councilman Michael Sutphin ultimately believes that several things are going to change for the structure of Town Council and denotes this as “the first kind of big contested mayoral election that we have had in a long time."

At this moment, there are three candidates for mayor — Blacksburg Town Council members Chachra and Leslie Hager-Smith, and businessman Ed Lawhorn — however, Sutphin thinks it is likely that others will run as well and states that he will not publicly endorse a candidate until he receives a formal list, although he believes Hager-Smith might have an edge against her competitors.

“I will say, of the three candidates that are running, if you just look at resumes and experience, Leslie Hager-Smith has the most experience. She's served on Town Council since 2008, and she's served two different terms as vice mayor, meaning that every time she ran for office she got the most votes,” Sutphin said. “I think she definitely has an advantage in the mayoral race, which will be interesting because if her or if Krisha Chachra were elected, we would have our first female mayor in Blacksburg.”

Regardless, Sutphin praised Rordam’s abundance of labor for the Town of Blacksburg and admires Rordam as both a local government official and long-time friend.

“I think he has been a great mayor; we'll miss him on the dais in the council chambers, but I'm friends with him,” Sutphin said. “I'm sure I'll still see him after his retirement.”

Prior to landing a role on Town Council, Sutphin recalls a working relationship with Rordam while writing for the Town Council beat with the Collegiate Times, and he anticipates a strong friendship long after his departure.

“Right after I was elected to the Blacksburg Town Council, Ron Rordam asked if I would meet with him for coffee, and he went over some of the logistics (on) how to be a council member and those sorts of things that you would expect. He also said that when he was first elected to the Town Council, that he was seen as being kind of the young professional that was on council and kind of one of the youngest people that had been on the Town Council up until that point and offered new energy and focus.

"I was like, ‘Oh very cool, how old were you then?’ He was like, ‘Oh, I was 40,’" Sutphin cracked a smile, letting out a few short-winded laughs. “I was 27 when I was elected, so ever since then he makes jokes about me being the resident millennial on Town Council and those sorts of things. I think he even mentioned there is an app on Chrome web browser that can change every reference (of) the word ‘millennial’ to ‘young whippersnapper.’”

Rordam’s high spirits paired with an inspirational work ethic is what has made him a lead activist for the community. Pulling from countless memories to find one he deemed most distinguishable, Rordam mentions the striking success with improvements made downtown. Rordam alludes that the streets harness much more excitement now than ever before.

“One thing I learned and advice I can give is that, while being mayor is defined as a part time job, it is a job with full time responsibilities. Be prepared to have your phone with you at all times, answer questions gracefully in any situation, and always try to listen.”
Ron Rordam
Mayor of Blacksburg

“College Avenue and North Main Street are much more inviting. After several years under our belt, I will still turn the corner on College Avenue, stop, and say, 'Isn't this a great place,'" Rordam wrote. “People who don't know me look at me a little funny.”

In addition, Rordam points to Market Square Park and his meet with both Barack Obama and Joe Biden to discuss gun violence as moments he will forever cherish during his mayoral term.

Rordam says his frequent interaction with community members and his ability to solve problems are a few things he will miss most as he readies himself to leave at the end of the year, but offers best wishes and wise words to whomever his successor may be.

“One thing I learned and advice I can give is that, while being mayor is defined as a part time job, it is a job with full time responsibilities," Rordam said. “Be prepared to have your phone with you at all times, answer questions gracefully in any situation, and always try to listen.”

For more information on Ron Rordam and his achievements throughout the years, visit Blacksburg Town Council’s website for weekly updates and information on voter eligibility.