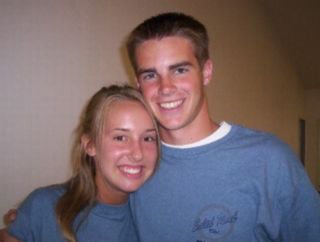 Sophomore students and high school sweethearts were murdered in 2009 at Caldwell Fields near Virginia Tech's campus. 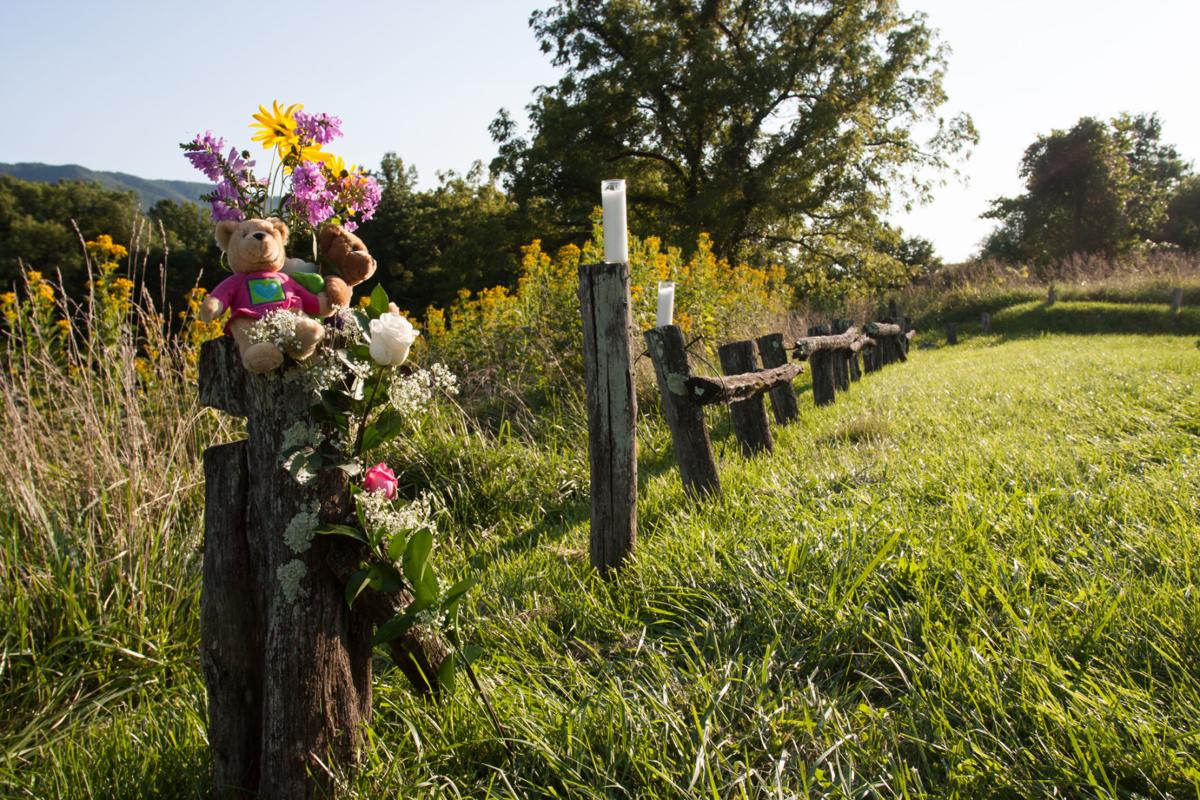 Flowers were placed on a memorial to Heidi Childs and David Metzler Wednesday, August 27. Childs and Metzler were the victims of a double homicide in 2009.

Sophomore students and high school sweethearts were murdered in 2009 at Caldwell Fields near Virginia Tech's campus.

Flowers were placed on a memorial to Heidi Childs and David Metzler Wednesday, August 27. Childs and Metzler were the victims of a double homicide in 2009.

It was five years ago yesterday that Virginia Tech students Heidi Childs' and David Metzler’s bodies were found after being shot to death on the night of August 26, 2009.

“Some years, I’m the only one out here,” said Gardner, a Christiansburg resident and former police officer, as she placed votive candles at the spot where they were brutally murdered.

A handful of people showed up on Wednesday night to pay respects to the happy, young couple that was senselessly murdered in what community members consider their backyard.

A joint taskforce was established with Montgomery County, federal and state officials, but despite thousands of tips and a $70,000 reward offered, the double homicide remains unsolved.

The murder happened on a warm summer night. School had begun two nights earlier, and the couple had just begun their sophomore year. Childs, a biochemistry major, and Metzler, an industrial systems engineer major, were high school sweethearts who had been together for four years.

They got into Metzler’s 1992 Toyota as the sun was setting around 8:25 p.m. and drove to Caldwell Fields to play music on a guitar.

Caldwell Fields is located on Jefferson National Forest property, approximately 12 to 15 miles from Virginia Tech’s campus. Though the location is common for hikers or tourists familiar with the area, the fields are off of a dirt road, surrounded by mountainous peaks and heavily wooded area. Cell phone service is scarce, and you can go a mile without passing more than a hunting tree stand. The closest business is a summer camp located a few miles up the road.

Police still haven’t released how many shots or where they were shot on their bodies, but police called the killings brutal and ugly. Investigators say the couple was killed within two hours of arriving to the scene.

“We feel like possibly an intruder came in and subsequently both of the persons are now deceased,” said Montgomery County Sheriff Tommy Whitt at a press conference when the incident initially occurred.

This random act of violence has left investigators, the community and their families confused and searching for answers.

Police said that within two hours of arriving at the fields, an unknown suspect shot the young couple with a 30-30 caliber-hunting rifle. A man walking his dog the next morning, on August 27, discovered their bodies. Childs’ was found outside of the car, while Metzler was found still inside.

Officials have remained almost silent on the case since March 2012 when they announced two major pieces of information.

Childs’ purse was taken following the murder. Her cell phone, camera, Hokie passport and credit cards were inside.

Also announced at the March 2012 press conference was the development of DNA evidence collected in the form of fingerprints. According to the Montgomery County sheriff’s office, investigators have obtained DNA samples from residents that frequent the area.

At that press conference, Whitt took no questions from the press, but had a message for the couple’s killer:

“We have DNA evidence. We are actively and aggressively pursuing. We will not rest until you are apprehended.”

Theories vary from person to person about who the killer is. Many community members are convinced that the killer is local, hypothesizing that someone not from the area would be unfamiliar with the fields. Others speculate it was the work of a serial killer due to the nature of the crimes and the items stolen from the scene

Those in attendance on Wednesday stressed that this case will not be forgotten and hope to see the couple’s killer brought to justice.

Gardner said she’s usually the only one to show up to the site on the anniversary. She attributed this year’s higher attendance to spreading the word through social media.

“I didn’t know these kids, and lots of times you have a separation of the locals and the students. But to me, how could anyone forget what happened?” Gardner said.

Mandy Musselman, a Christiansburg resident, brought her daughter and husband to the fields on Wednesday. It was her first time coming to the fields, but had been following the case since it happened.

“I feel very cautious being out here,” said Musselman. “You just don’t know if the killer is out there. They know that we’re here remembering them and you never know.”

Gardner says that even though time has passed and new leads are scarce, she will continue reminding the community — including current Virginia Tech students — about the loving high school sweethearts killed five years ago.

“I’m not giving up,” she said. “Someone will make a mistake and something will turn up. This won’t be forgotten.”