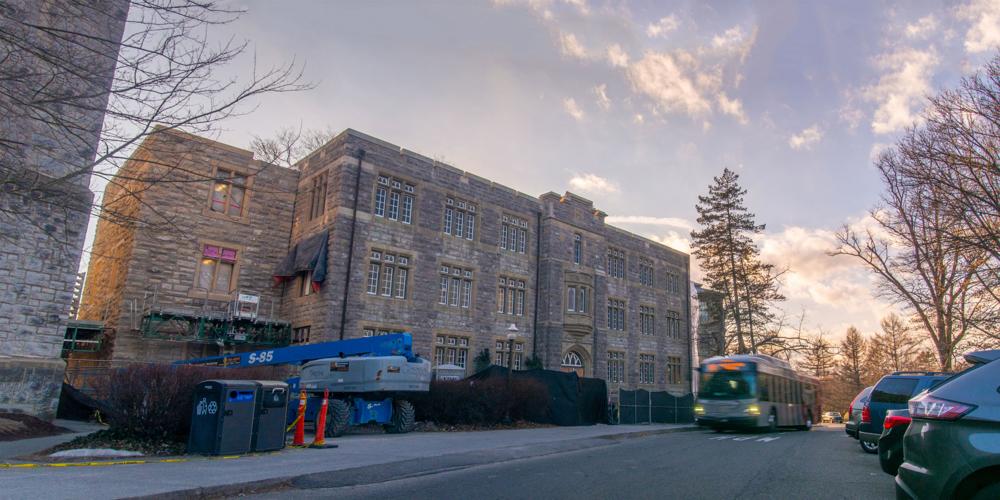 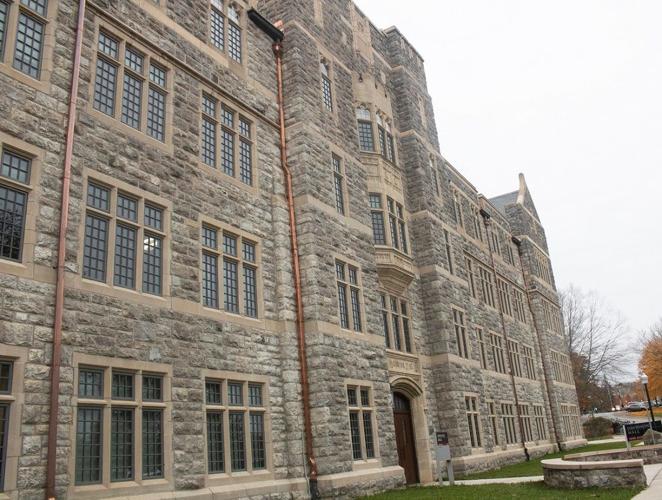 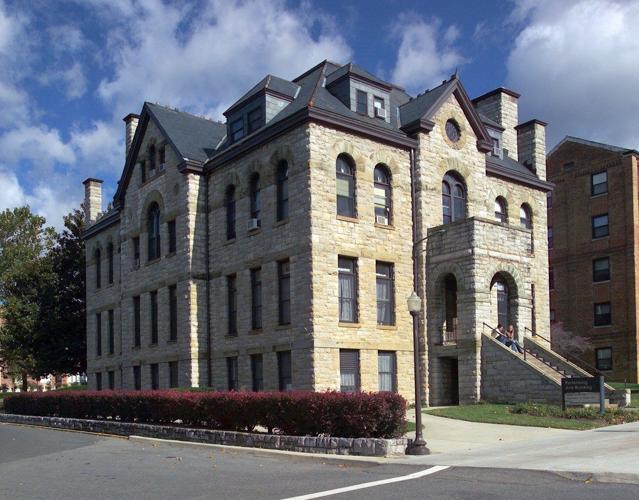 Built in 1924, Sandy Hall is part of the original Ag Quad, which is located north of the Drillfield. According to Virginia Tech, this is the first major renovation the building has seen since it was built. The renovation process for Sandy Hall started about a year and a half ago.

One of the main purposes of the renovation is to create a prominent home for the school of neuroscience.

Another main purpose of the renovation is to make the building more accessible and increase its capacity.

According to Morgan, the building will be completely renovated from floor to ceiling and will be brought to modern standards. Two wings have been added for additional teaching and learning spaces for faculty and students. A staircase and an elevator will also be added to increase its accessibility.

According to Owczarski, the initial plan was to complete the renovation in the fall of 2018, but due to the age of the building, the project was delayed. The renovation is now expected to be completed in the summer of 2019.

“(The renovation) shows how Virginia Tech continues to grow in exciting ways, and it's not just about building innovations,” Owczarski said. “I just think it's really exciting.”

The Liberal Arts Building, located at 200 Stanger St., opened after renovations at the beginning of this semester.

The building was originally constructed in 1900 as a YMCA building. It underwent multiple name changes before YMCA gave all interest it had in the building to Virginia Tech for its 100th anniversary, and it was then deemed the Liberal Arts Building.

An article from the Facilities Department at Virginia Tech states, “The Liberal Arts Building is one of the most outdated buildings on campus with extensive egress and ADA deficiencies and deteriorated building systems.”

“It’s a beautiful, historical building that has been extensively renovated. Some folks would prefer a new building, but this one has character and a deep association with the university. I am delighted they decided to renovate it,” said Mark Barrow, a professor in the Department of History.

In addition to improving the infrastructure of the building, Barrow states the building adds convenience to the department.

“Having the CLAHS Dean’s Office closer to our departmental offices has made it much easier to communicate with the Dean, associate deans, and the rest of the staff in that office,” Barrow states. Despite minor confusion with the change in address or where forms should be turned in, Barrow believes that moving the building has gone over well with students.

Davison Hall was built in 1928 and houses classrooms, laboratories and offices for the Department of Chemistry.

“The completion of Davidson Hall is an exciting achievement in the Drillfield academic building capital renovation project. We’re grateful for the dedication of the construction, contracting and project management teams for making it a success,” Chris Kiwus, associate vice president and chief facilities officer, said in a press release from VT News.