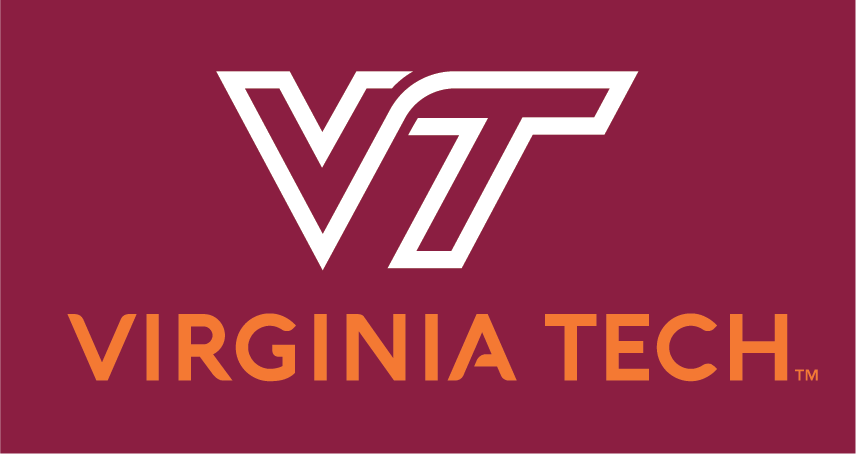 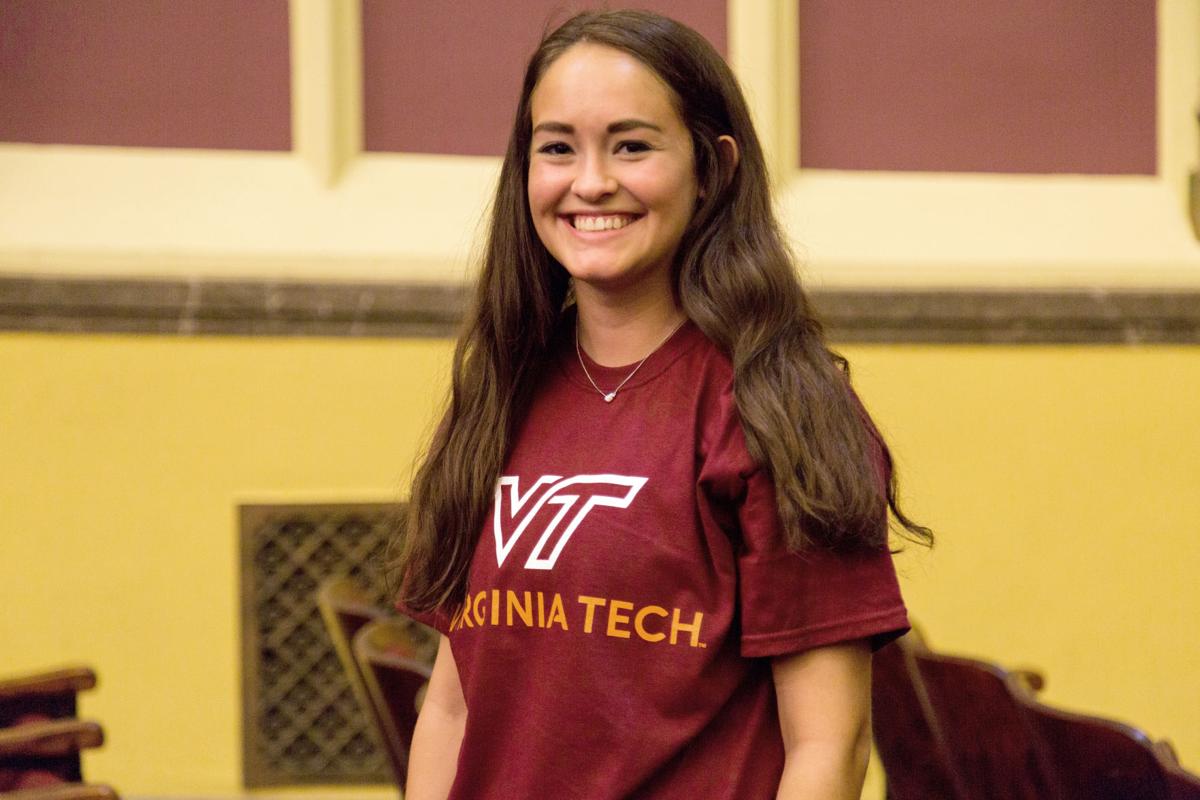 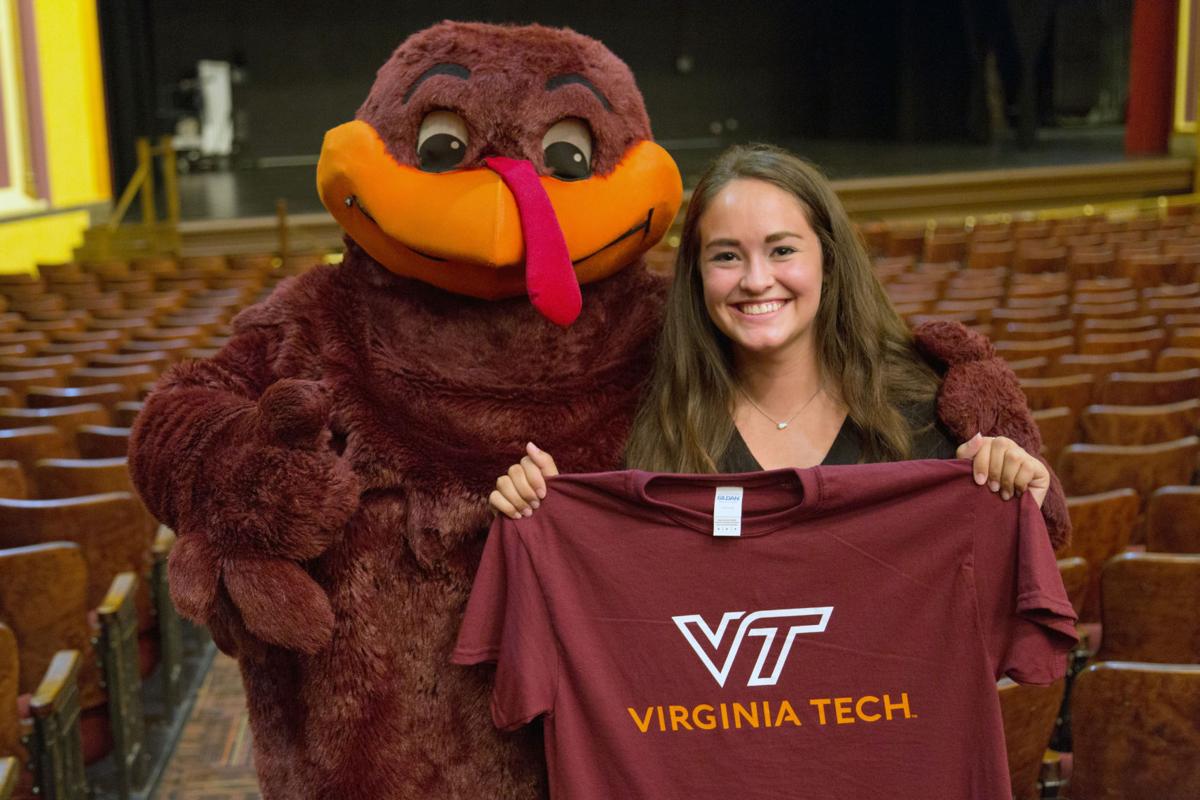 Though many Virginia Tech students were too busy tossing school supplies into a duffle bag and taping down boxes full of textbooks to notice, August of 2016 initiated the first phase of a major marketing project across campus. In fact, the university unveiled its third edition of the university logo at 11:05 a.m. today — Do you notice something missing?

According to Melanie Schramm, director of marketing, this logo’s subtle but auspicious detail is what ultimately will allow the university to better communicate the true message from Virginia Tech to the world. Schramm and Tracy Vosburgh, associate senior vice president for university relations, hope that the “Invent the Future” campaign will continue to exist as another timepiece in a vintage Hokie collection.

“I think it did the heavy lifting for Virginia Tech … and then it was overtime that you started to see that it (broke) down and not everybody sees themselves in it and people are beginning to create their own idea of what they thought Virginia Tech might better look or sound or feel like, and that is predictable if you don’t change,” Vosburgh said.

The new university mark is a structure of symbolism, down to the letter. Michael Stowe, director of media relations, points to the “T” as a representation of disciplinary strength as well as ability to work across disciplines. The arms of the “V” represent real-world application of knowledge and the spirit of Ut Prosim. The shape and openness of the lettering highlight Virginia Tech’s inclusive community that thrives at the intersection of academic disciplines.

“Interestingly enough, just the way that VT was redrawn gave us the ability to show a softness that didn’t exist with the flying VT. An intersection, a pathway, an openness, all of those things sort of came to life,” Schramm said.

However, that’s not to say that there is not other meaning that can be found within the new logo.

“Everybody sees something different in this, and I am not going to tell people what they should or shouldn’t see in it … We showed it to somebody who happens to be an engineer, he sees the square root in there,” Vosburgh said.

The use of Chicago maroon and burnt orange in the university logo as well as a custom-made sans serif font are two significant details that have yet to be executed on other campus logos.

“We are not taking something sacred apart; we are optimizing it because we are a force for positive change."

In conjunction with these changes, the team of visionaries made sure that unique identifiers of Virginia Tech such as Hokie Stone or the campus colors were left untouched in the branding project.

Last spring, seven focus groups of roughly 10 students each were conducted to produce qualitative data and assure the university that it was moving in the right direction. Mood boards with possible color palettes and photographics were brought in as well as scripted questionnaires to account for free think and a structure that is suitable for a research-testable environment.

“My feeling was … probably I would find people in the College of Liberal Arts and Human Sciences that wouldn’t see themselves inside ‘Invent (the Future)’ and I was imagining places where our campus would say, ‘I don’t see ‘Invent the Future’ representing me,” Vosburgh said. “What we found interestingly enough is that there are areas of the university where inventing actually is a part of everyday mission and drill and purpose, (and) they disconnect with the word ‘invent’ because what they want to do is be seen as innovators.”

Vosburgh says that entrepreneurs also felt alienated by the word “invent” when loosely translated to mean pre-market or pre-moving to have an impact. This dialogue limited entrepreneurs to the benchwork of ideas as opposed to the application in everyday life.

After a week and a half of these focus groups, the discovery phase yielded pieces of insight of which to work off. Some examples of inspiration included bits like “VT-shaped,” “raw Hokie DNA” and “driven to serve.”

“I’ve been involved in one (brand refresh) here, ‘Invent the Future,’ and then I have been involved in one at Syracuse which frankly bombed,” Owczarski said. “The reason that it bombed is because people skipped the discovery, they skipped the research and they skipped the testing, and they went right to a logo or a mark, and they are like, ‘here it is.’ Within 24 to 36 months it was never to be seen again, so it really requires the work of a thousand people to talk to. You test, and you retest and you retest again to make sure that you’re lining up and it’s the way you do it. You can’t rush it.”

Since analyzing the findings from Gallup testing and focus groups, Schramm has concluded that Virginia Tech’s brand is not currently delivering on brand promise. In other words, students feel that what Virginia Tech is commercializing is not accurate. Pointed feedback also suggested that storytelling through marketing shows room for improvement.

Not so surprisingly, Virginia Tech’s preliminary data scored off the charts for one key component — school spirit.

“While Gallup showed us that we weren’t delivering on our brand promise, it also showed kind of an intimidating factor as a marketer — our affinity is very strong, probably the strongest I think of anyone in higher education, so lots of passion, but that affinity score also gives us a lot of hope because if you dial the knobs just so, you are going to hit a homerun with brand and you are going to have a fan base that’s going to carry that message forward,” Schramm said.

Schramm and her teammates hope to finish rolling out the university's brand refresh by the end of this fall semester. Change is difficult, but Schramm hopes that the students of Virginia Tech will be excited to re-energize Virginia Tech’s image.

“I think by the end of these conversations people realize we come in peace,” Schramm said. “We are not taking something sacred apart; we are optimizing it because we are a force for positive change. We are going to do this and it’s going to be great.”

For more information on the university’s upcoming events, students, faculty and community members are invited to attend President Sands’ State of the University Address this Friday, Sept. 29, in the Street and Davis Performance Hall of the Anne and Ellen Fife Theatre at Moss Arts Center.

Free T-shirts with the new university logo will be given to students on Wednesday, Sept. 27, at 11 a.m. on the Drillfield (first-come, first-served basis).