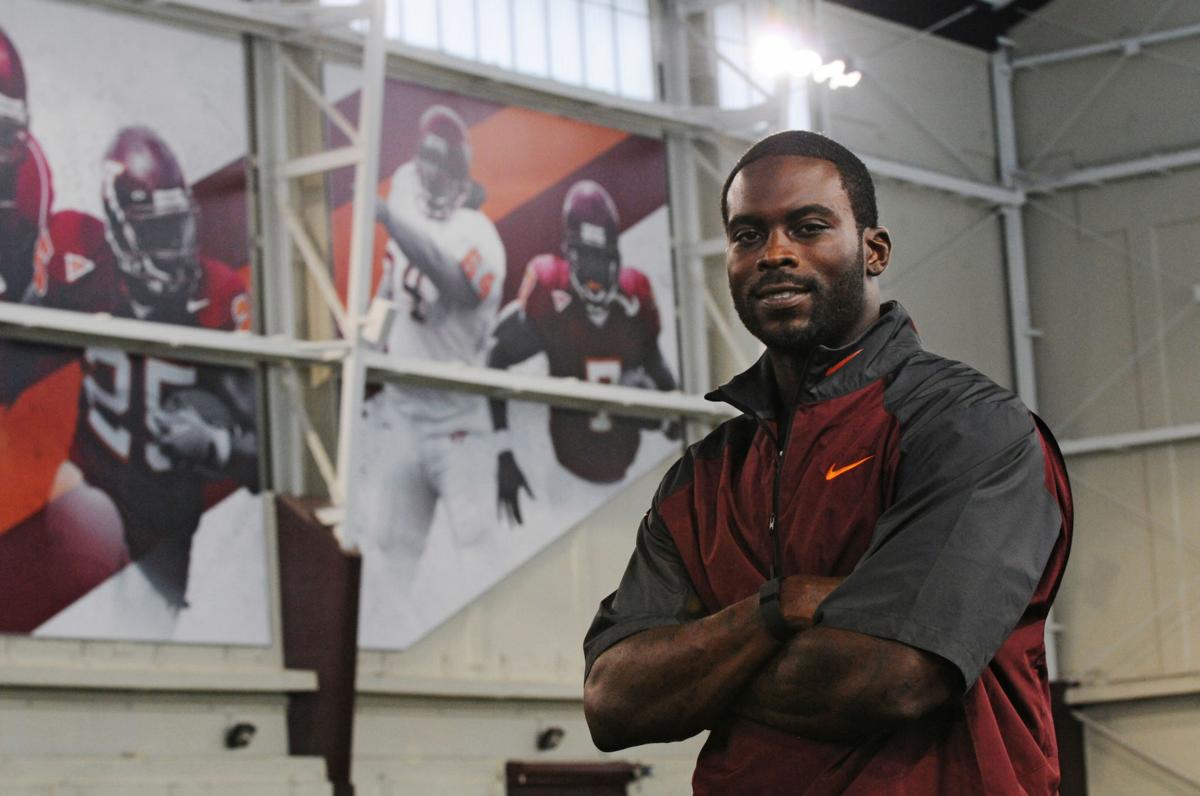 Michael Vick will be inducted into the Virginia Tech sports Hall of Fame on Sept. 22. 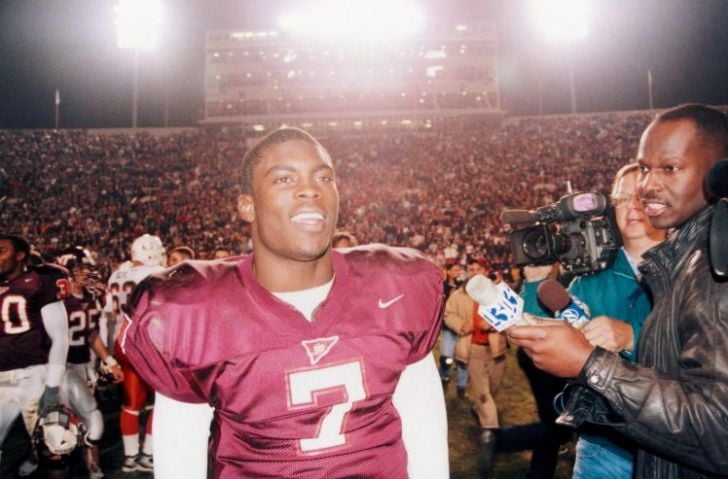 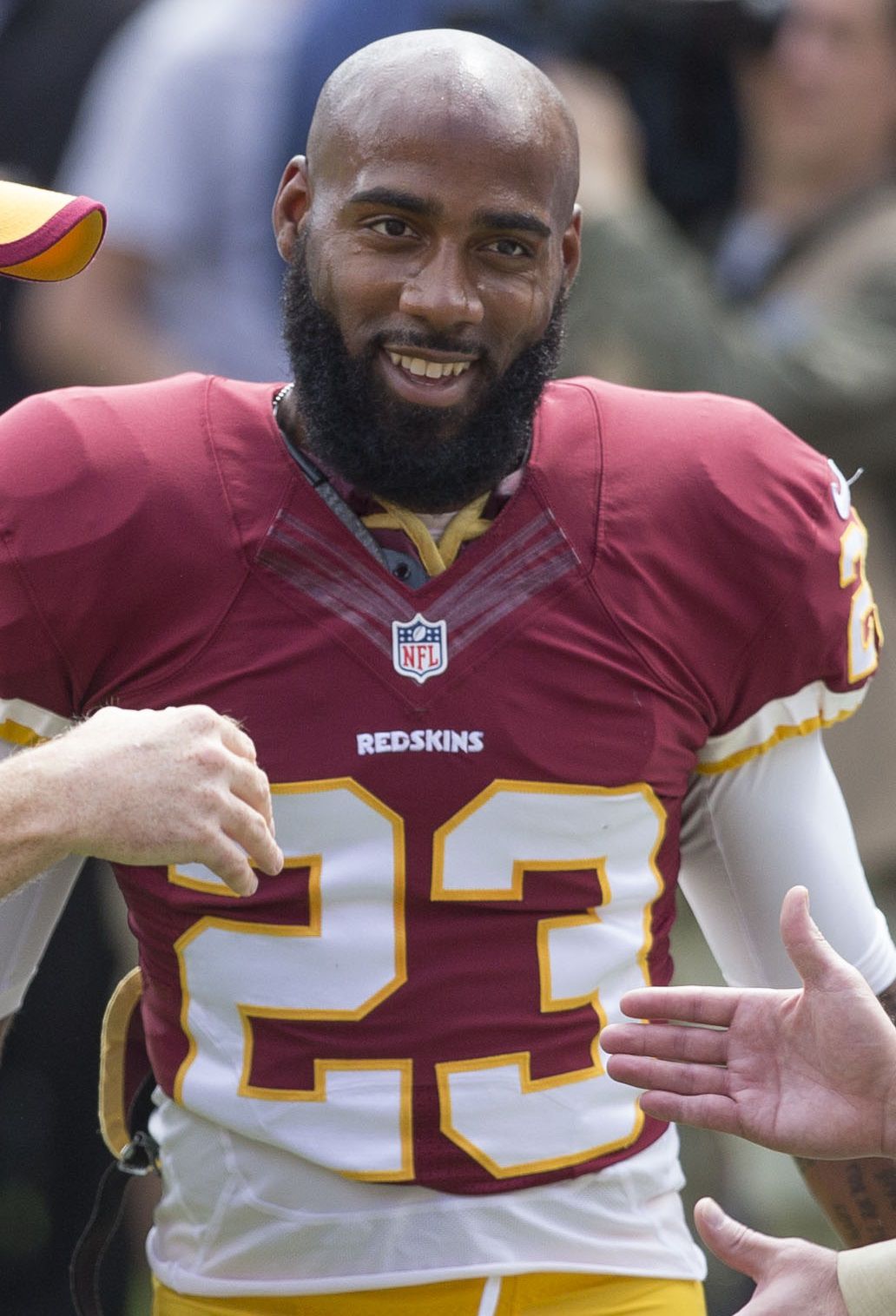 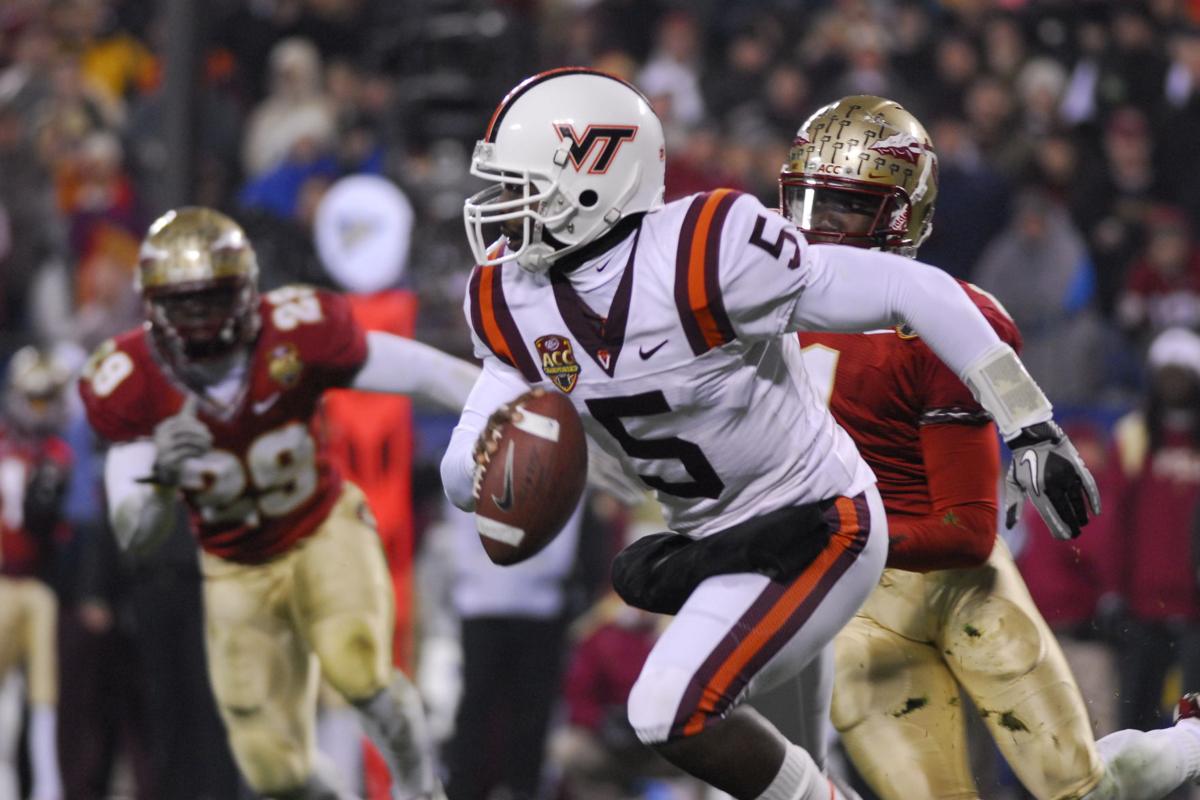 Virginia Tech has been a top contender when it comes to the ACC since joining in June of 2003, having won three college football ACC championships since 2007. Tech is well known for its success in an array of sports and as a result has attracted many players who were able to continue their athletic careers professionally. The most notable alumni that played for the Hokies and found success as professional athletes are as follows:

Norfolk, Virginia, native Smith played for the Tech football team 1981-84. During his tenure as a Hokie, Smith received the honor of being named All-American and was the recipient of the Outland Trophy winner in 1984. He went on to be drafted by the Buffalo Bills as the first overall pick in the 1985 NFL Draft. He was named the NFL Defensive Player of the Year in 1990 and 1996 while playing for the Bills. In 2003, while playing for the Washington Redskins, Smith surpassed the NFL record for career sacks of 198 originally set by Reggie White. As a result of his rewarding professional career, Smith was inducted into the Pro Football Hall of Fame in 2009.

Vick from Newport News, Virginia, was a quarterback for the Hokies from 1999 to 2000. While playing for Tech, Vick was awarded the 1999 Big East Offensive Player of the Year as a result of having the most total yards in the Big East with 2,747. He was drafted first overall by the Atlanta Falcons in the 2001 draft to begin his NFL career. He set multiple records during his time in the NFL including most rushing yards in a single game and a single season. He went to the Pro Bowl in 2002, 2004 and 2005 and won an ESPY for Best NFL Player in 2003.

Curry from Harrisonburg, Virginia, was the first player to have his jersey number retired in the basketball program at Virginia Tech. During his first season at Tech he was named All-American Second Team and Metro Conference Player of the Year. Curry also played for the Hokies’ baseball team and was selected in the MLB Draft by the Baltimore Orioles. However, Curry realized his strength was on the court instead of the field and chose to pursue a career in basketball and was ultimately selected 15th overall by the Utah Jazz in the 1986 NBA Draft. Eventually, Curry went on to play for the Charlotte Hornets and holds numerous records for the teams franchise.

Former Hokie defensive back Hall totaled 14 years in the NFL. He was selected eighth overall in the NFL Draft of 2004 and played 171 games in the NFL for the Raiders, Falcons and Redskins. His time in the NFL resulted in many achievements including tying the record for most interceptions in one game. As for his beginnings in Blacksburg, Hall was one of, if not the best, cornerbacks to play for the Hokies. He holds the Tech record for the most return touchdowns with seven.

The quarterback from Hampton, Virginia, has had a boisterous NFL career having played for the Baltimore Ravens, Buffalo Bills, Cleveland Browns and his current team the Los Angeles Chargers. Taylor played from 2007 to 2010 as a Hokie earning two ACC awards in 2010 as Offensive Player of the Year and Player of the Year.

The ACC is home to lots of athletic prowess; each school has at least one, if not multiple, athletes they can point to that competed phenomenally at the collegiate level and went on to use their talents in their sport’s professional field.

Flutie played as a quarterback for Boston College 1981-1984. During his senior year he won the Consensus All-American, Davey O’Brien Award, Heisman Memorial Trophy, Maxwell Award, and Walter Camp Player of the Year. Flutie played professionally for the USFL, NFL and CFL throughout his career. He won the Grey Cup with the Calgary Stampeders and won the MVP for the cup. By the end of his career in the CFL, Flutie had won a total of three Grey Cups, being named MVP for them all. After his time in the CFL, Flutie went to play for the Buffalo Bills in the NFL and had his first Pro-Bowl experience and won Comeback Player of the Year.

Watson was a quarterback for Clemson 2014-2016 and appeared at a bowl game every year of his college career. He won a total of eight awards during his time as a Tiger including 2015 ACC Player of the Year, the Manning Award in 2015 and 2016, and the Johnny Unitas Golden Arm Award for 2016. He was selected 12th overall in the 2017 NFL Draft to the Houston Texans where he has since played as a quarterback. He ranked in the top 100 NFL players for 2018 and 2019 and went to Pro Bowl games both years as well.

Laettner, a center who played on the Duke basketball team all four seasons of his college career from 1988 to 1992, dominated the Blue Devils court. He won 25 awards for his outstanding performance at Duke including 1991 NCAA Tournament Most Outstanding Player and 1992 ACC Tournament MVP. Laettner started his NBA career by being picked third overall to the Minnesota Timberwolves. He appeared at the 1996-97 NBA All-Star game representing the Atlanta Hawks. Laettner was also the only non-pro to play on the 1992 United States Dream Team.

The defensive back for Florida State from 1985 to 1988 earned the 1988 Jim Thorpe Award during his college career. He was drafted by the Atlanta Falcons fifth overall in the 1989 NFL draft. He played 14 years in the NFL and became the 1994 NFL AP Defensive Player of the Year. He is now a member of the Football Hall of Fame as a result of his outstanding athletic performance in the NFL.

Jones studied mechanical engineering at Georgia Tech from 1918 to 1922, playing for the golf team his entire time at Tech. He went on to win a total of 13 major championships, becoming the first golfer to win the British and U.S. Open in the same season. He is the only golfer to ever win both British and U.S. Open and Amateur during his career. Jones took part in 12 Masters Tournaments even after his exit from the world of “competitive” golf.

Despite becoming starting quarterback in his freshman year, Unitas was not considered a huge NFL prospect. He was drafted by the Pittsburgh Steelers in the ninth round, but ended up being released before the official start of the season. The Baltimore Colts eventually signed him as a starting quarterback and during his second year he led the NFL in passing yards and touchdowns. His legendary performance in the 1958 championship game when he led the Colts to victory in overtime over the Giants is undoubtedly the most notable moment of his professional career.

Long before he started acting, “The Rock” was a defensive lineman for the Hurricanes. During his four years with Miami, he appeared in 39 games and accumulated 77 tackles and 4.25 sacks. Johnson, due to his size and build, was set more for the rink and found his way to the pro wrestling world. He won the Intercontinental Championship only months after starting wrestling. Johnson continued to wrestle in many popular arenas such as WWE and WrestleMania. He won a total of eight WWE Championships, which secured his status as an elite wrestler.

Thompson played for the N.C. State basketball team for three seasons 1972-1975, securing 25 awards for his outstanding performances on the court. He was named the ACC Player of the Year for every season he was on the team. By the end of his time as a college athlete, Thompson generated a total of 2,309 points. The native of Shelby, North Carolina, went on to play nine seasons in the NBA for the Denver Nuggets and Seattle SuperSonics. He played in five All-Star games, earning MVP for the 1976 and 1979 games. Due to his stellar success in the NBA, he secured a place in the Basketball Hall of Fame in 1996.

The most miraculous moment of Jordan’s time at UNC was when he made the game-winning basket that secured the Tar Heels one-point win over the Georgetown Hoyas to win the 1982 NCAA Tournament. This was UNC’s second NCAA Tournament win and started Jordan on the path for a victorious career. Jordan's boisterous career in basketball, specifically the NBA, led to him being a two-time Olympic Gold Medalist, six-time NBA champion, and NBA Finals MVP six times. Jordan was even awarded the Presidential Medal of Freedom in 2016 for his contribution to the United States by being an inspiring athlete.

The legendary running back led Pitt to a national championship and earned the Heisman Trophy during his time in the collegiate world. Dorsett played 12 seasons in the NFL with the Cowboys and the Broncos. The Cowboys were Super Bowl Champions in 1977 during his first year in the NFL and he was named the AP Offensive Rookie of the Year. He was the first player to ever win a collegiate national title, the Heisman Trophy, a Super Bowl and be elected to the College and Pro Football Halls of Fame.

Brown played basketball, football, lacrosse and track for Syracuse, earning 10 varsity letters during his time with the Orange. Although he was known for his time in the NFL, while in college Brown was one of the greatest lacrosse players ever. Syracuse went 10-0 during his senior season and he earned All American Midfielder twice. Brown was ultimately drafted in the NFL by the Cleveland Browns; he played a total of nine seasons in the NFL and set multiple rushing records. Most astoundingly, he never had to miss a game due to an injury, a feat many NFL players today wish they were able to complete.

Staley was a dominant player for the UVA women’s basketball team during her collegiate career, leading the team to appear in the Final Four three times. Professionally, she was a player for the U.S. Olympic team which secured three consecutive gold medals. She is now a head coach at the University of South Carolina and was named the coach of USA Basketball and looks to lead the team during the 2020 Tokyo Olympic Games.

Palmer is an icon at Wake Forest, having become the first individual NCAA champion in 1949 for the Demon Deacons. He won the U.S. Amateur Championship in 1954 before starting his professional golfing career. He won seven majors, which included four Masters. Palmer was a philanthropist as well and continued to support the sport of golf by sponsoring scholarships at Wake Forest and being involved in many other activities such as the March of Dimes during his lifetime.

The quarterback for Notre Dame 1975-1978, Montana was drafted by the San Francisco 49ers in the 1979 NFL draft. Montana played 15 years in the NFL and was inducted into the Hall of Fame in 2000. He won four Super Bowls for San Francisco, starting at quarterback for each game. He was named the Super Bowl MVP in 1981, 1984 and 1989 for his insurmountable performance in each of the demanding games.

The Atlantic Coast Conference is undoubtedly an elite conference with dominating schools that possess athletes that perform at the highest level of skill in every game. The ACC has proven to foster and develop legendary professional athletes for 66 years and promises to continue to do so in the foreseeable future.

Overtime: An interview with Andy Bitter

Dalton Keene drafted by the Patriots, Reggie Floyd signs with the Cardinals