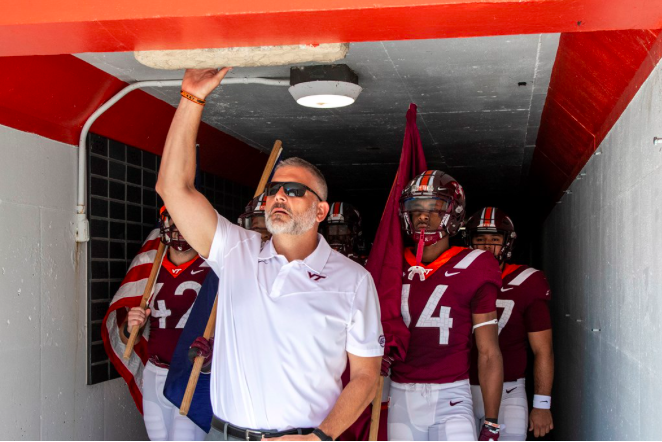 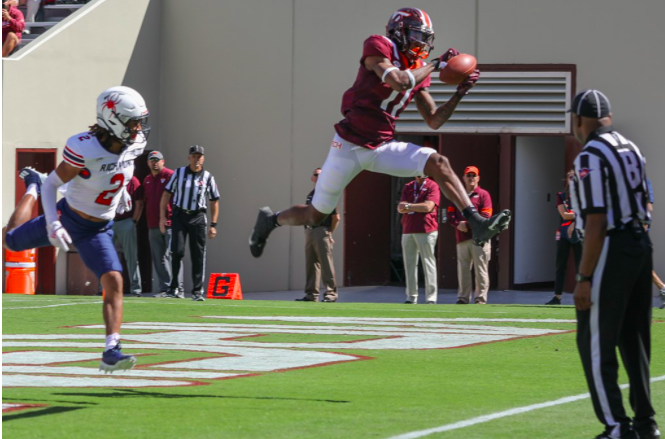 The Virginia Tech Hokies were able to pull through with a win against the Richmond Spiders the week after their 21–27 loss to the West Virginia Mountaineers.

Braxton Burmeister seemed like he was setting the Hokies up for a good start with the confident, opening drive touchdown. That soon went downhill, seeing as the next two scores were made off of a punt return and Connor Blumrick as QB much later in the game.

With 212 passing yards and a touchdown within the first three minutes, Burmeister proved he could bring the team back from the hard loss the previous week in Morgantown, West Virginia. Being second in rushing yards, it was evident that Burmeister was more focused on running downfield than finding open players to throw to.

Some plays were exceptional — long passes, clean throws and fast scoring drives — but most were merely mediocre. Burmeister was able to prove that he could bring victory in Blacksburg, but there is definitely room for improvement.

The running backs did not have much opportunity during this game, with the offensive line unable to create openings for them to run through. Raheem Blackshear was third in regards to rushing, with 28 yards and seven carries. In order for this position to shine this season, the offensive line will have to up its game to ensure that there are ways for players like Jalen Holston and Blackshear to get through the rigid defenses of the opposing teams.

Tré Turner lit up Lane Stadium with the first touchdown catch of the game. With 102 receiving yards, six receptions and one touchdown, Turner was key in giving the Hokies an early lead against the Spiders. As the leading receiver for this matchup, Turner made it very clear he is only getting better with each game.

Tayvion Robinson returned for 60 yards and scored a touchdown, bringing the score up to a 14–7 lead towards the end of the first half. This ultimately set the Hokies up for a win, with Richmond unable to match the score.

Burmeister was forced to run several plays because the offensive line could not block the Spiders’ defense. Running backs were unable to spot holes to run through, leading to a game highly reliant on the quarterback running, making very risky throws, and small rushes. The line was not at its best, most easily proven when it forced Burmeister to constantly think on the top of his head and make sudden throws or run downfield.

While the defensive line’s impact does not necessarily appear on the box score, the Hokies’ front four controlled the line of scrimmage, limiting the opportunities for Richmond’s playmakers to get out in open space. In the second half, however, the Hokie defensive front struggled to create penetration at times, leading to a string of unfavorable runs from the Spiders.

The Hokie secondary never missed a beat on Saturday. After not allowing a single third down conversion in the first half, the disciplined defensive backs continued to neutralize Richmond’s receiving core, only surrendering 77 receiving yards.

Tech to compete in Pinstripe Bowl against Maryland Terrapins

Tennessee barely holds off the Hokies, 64–58

A tough game of catch-up in Cassell