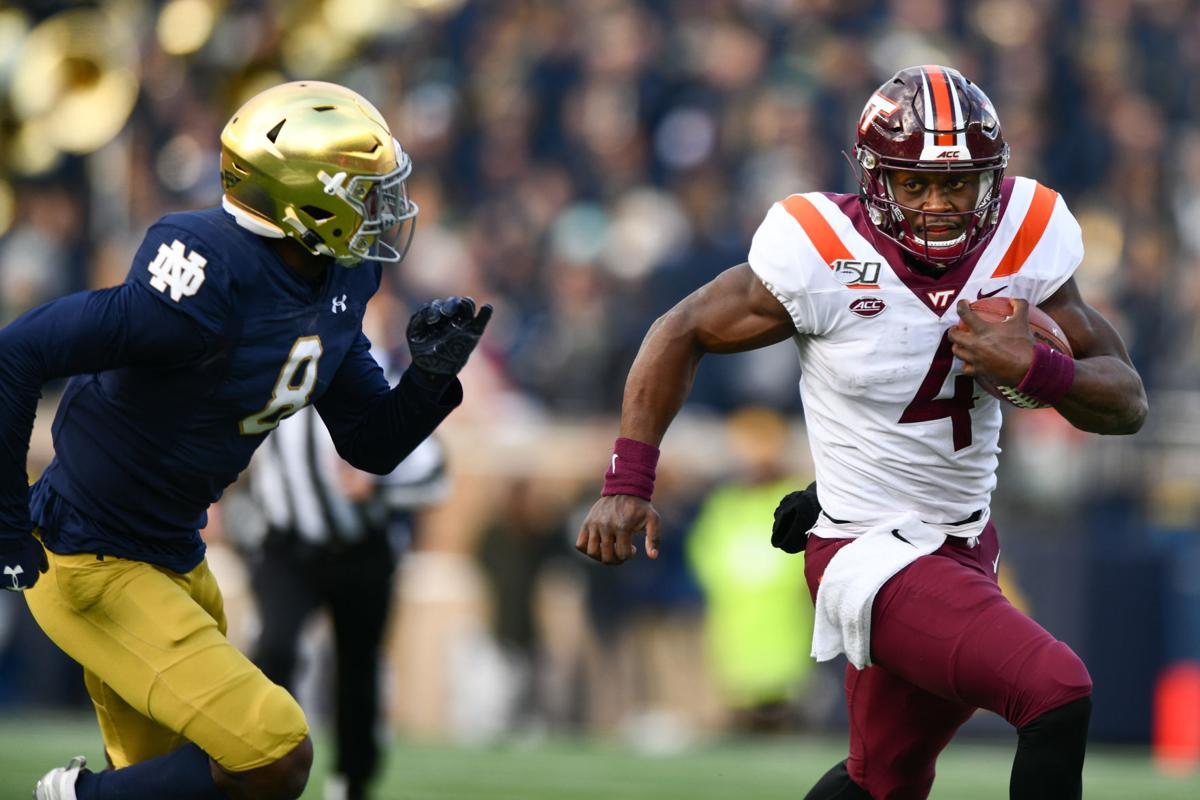 Virginia Tech Hokies Quincy Patterson II (4) attempts to get outside on the Irish defense in a 21-20 loss at Notre Dame Stadium, Nov. 2nd, 2019. 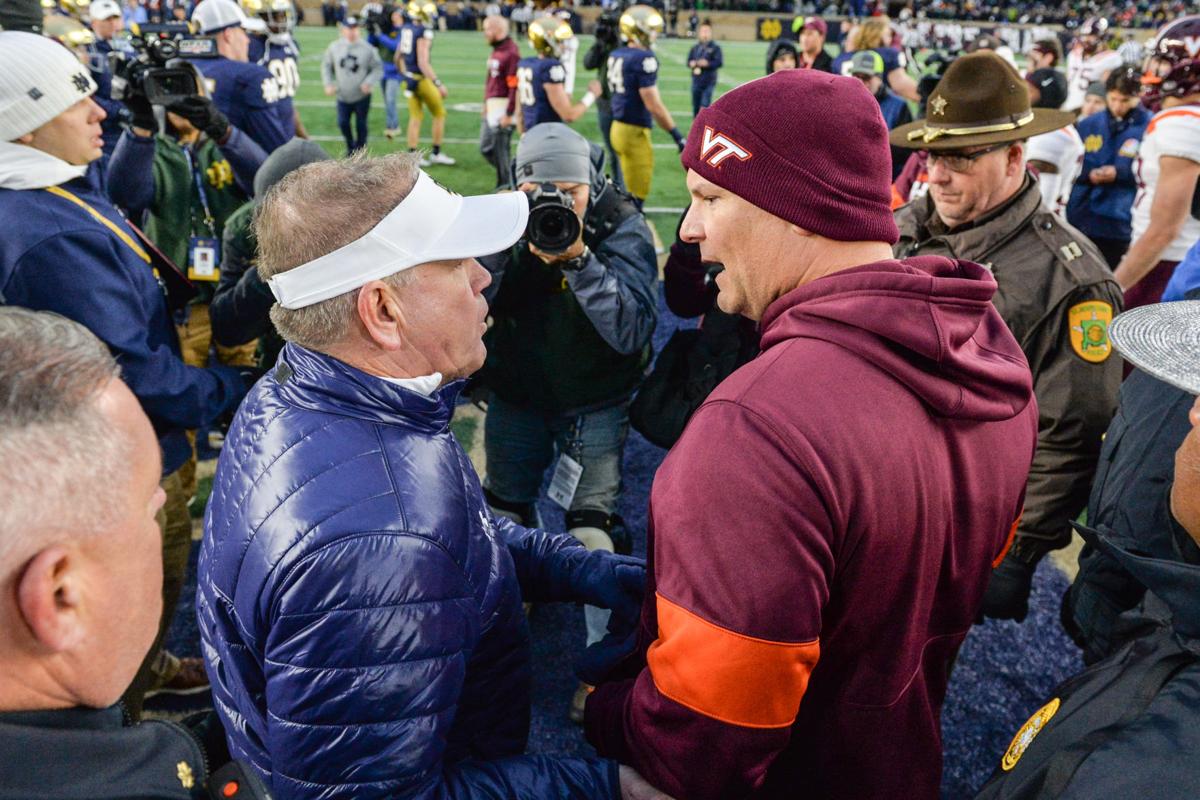 The Virginia Tech Hokies entered Saturday afternoon attempting to ride the momentum of a thrilling victory over division foe North Carolina, in which the two teams exchanged multiple late game blows until only one led as the clock turned to zero. Up next, though, would be a tall order for coach Justin Fuente’s squad against a Notre Dame team with serious college football playoff aspirations, who would be coming off a disappointing loss to a Michigan team that had yet to beat a top 10 opponent under coach Jim Harbaugh.

The quarterback position, especially, would be of focus for fans prior to the start of the game as it was unknown who would be the starter under center: Quincy Patterson, Hendon Hooker or Ryan Willis. The position has resembled a quarterback carousel throughout the season. But, it is yet to be seen who Fuente is most comfortable with between rising stars Patterson and Hooker.

Both teams, with something to prove, would approach the contest ready to lay it all out on the line, and that is just what they did.

Despite the underdog Hokies battling a ranked Fighting Irish team, the two appeared evenly matched throughout the entirety of the first and second halves, with Virginia Tech limiting its opponents to a meager 14 points all the way up until the final 45 seconds of the game.

Patterson, an Elite 11 quarterback who made his presence felt immediately after Hooker exited the match early with an apparent leg injury against the Tarheels, took a bit to settle into this one. Luckily, Notre Dame starter Ian Book would do the same as he struggled mightily throughout the afternoon to vanquish a stout Virginia Tech red zone defense; the two teams traded three-and-outs for much of the first half.

Early in the first quarter, Book was intercepted by linebacker Dax Hollifield shortly after navigating his offense all the way to within 20 yards of the end zone, marking the first time all year that the Fighting Irish failed to score when entering the red zone.

Notre Dame would take the lead early through a nice pass to tight end Cole Kmet over the middle of the field, but the Hokies would storm right back minutes later when Patterson found Damon Hazelton in the end zone to nod the game up at seven apiece by taking advantage of a face mask penalty that moved them closer to the Notre Dame end zone. The touchdown was Hazelton’s 18th of his career and fourth in his past five games, solidifying the redshirt junior receiver as one of the most reliable weapons for Patterson.

The Hokies, who hung tough with the Fighting Irish throughout the entirety of the first half, entered the second half tied at 14–14 after Divine Deablo capitalized on a Book fumble for a 98-yard return to the house.

Capitalizing once again, the momentum possessed by Virginia Tech was undeniable as Brian Johnson would stick his longest field goal of the season at 44 yards through the uprights to give his team the lead by three. Johnson was not done yet, though, as he capped a ten-play, 76-yard drive with another 25-yard field goal to widen the gap between the Hokies and Fighting Irish to 20–14.

The one-score deficit was one quite erasable in the eyes of Book. In the final minutes of the fourth quarter, Book pieced together his best drive of the game and prevailed on fourth and 10 to keep the Fighting Irish’s hopes alive of escaping the turf with a win. And that is what they did, shattering Hokie fans aspirations of an upset when he waltzed into the end zone untouched, leading to a lead of one point for his team after the extra kick was good.

The contest would end with a score of 21–20, as Virginia Tech came up just short of knocking off one of the best teams in the nation. The game represents one of the most valiant efforts the Hokies have displayed all season, and they will look to build on it in their next matchup against Wake Forest on Nov. 9 at home.

Tyrece Radford wins it for Virginia Tech in double overtime thriller vs. UNC