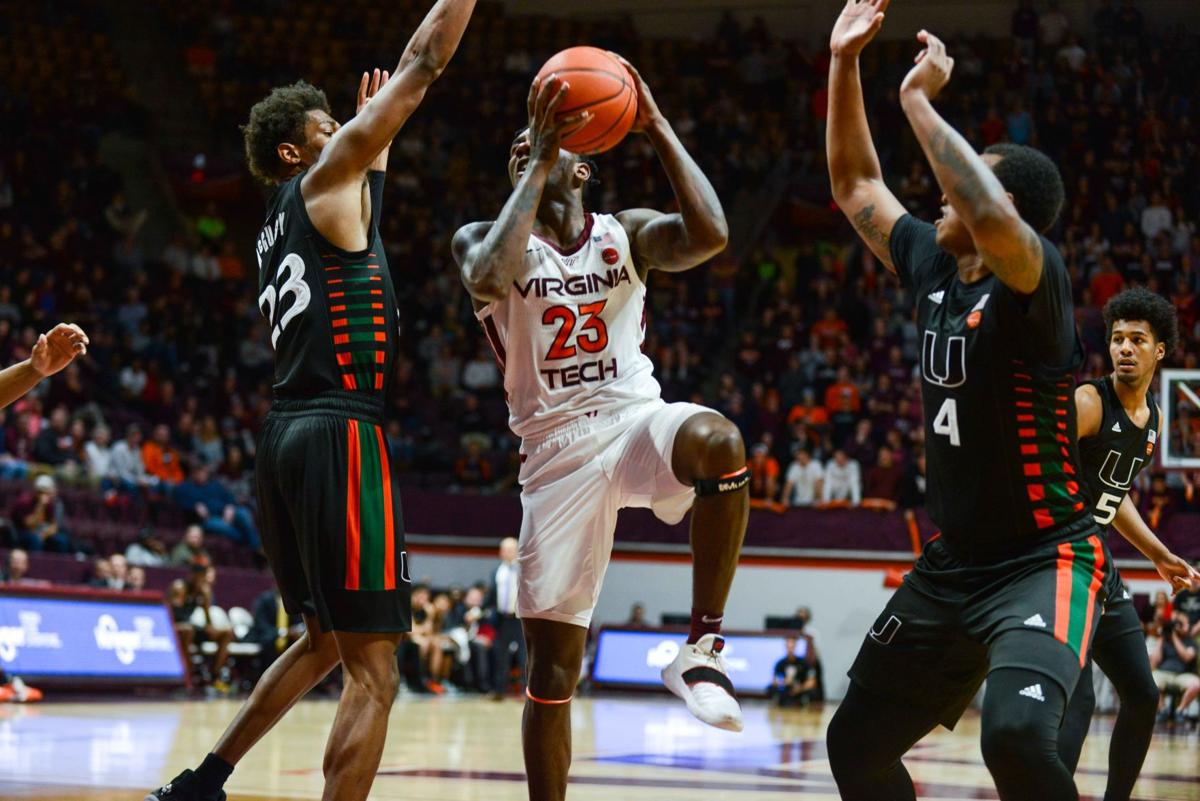 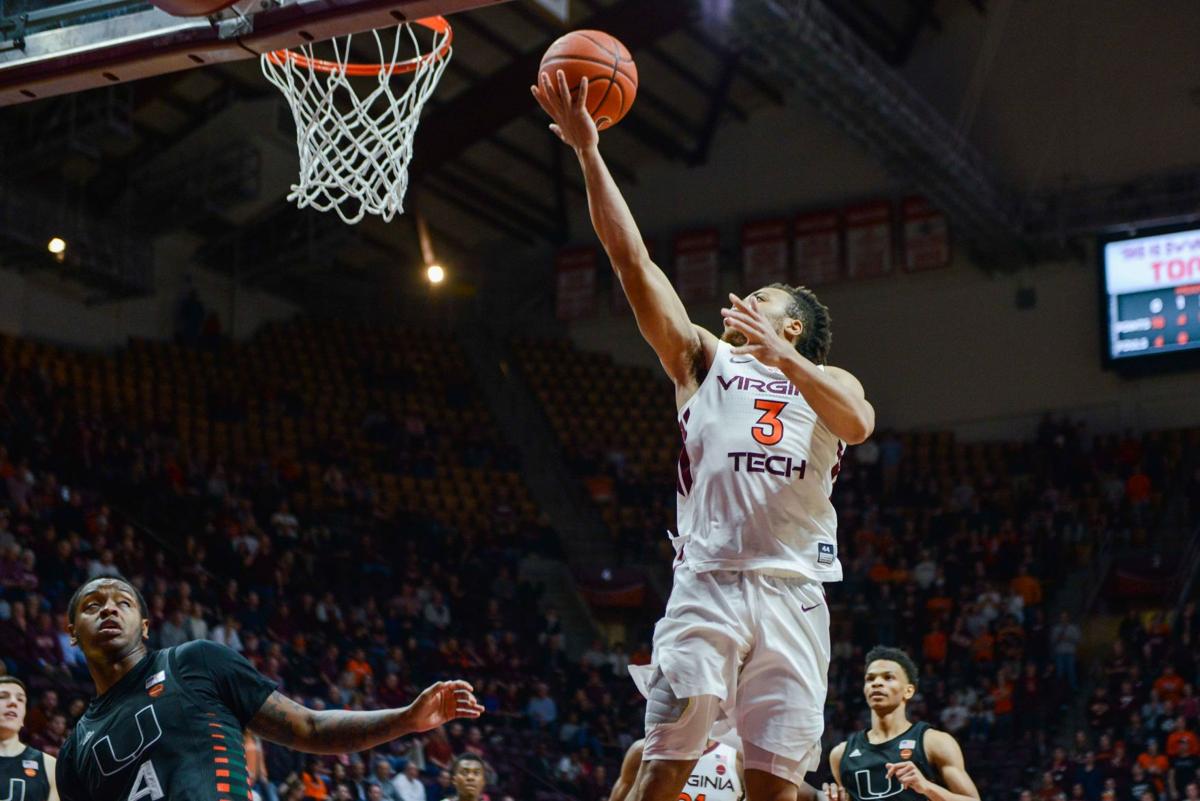 Virginia Tech hosted the Miami Hurricanes on Wednesday night in what turned into a brutal 102-95 loss after three overtimes. A few weeks ago, Miami dominated the Hokies at their place, especially in the first half, and eventually won 71-61. Just like last time, Miami came out hot to start the game going up 9-2 early off a couple free throws and a Chris Lykes three.

Virginia Tech turned the ball over three times early which led to the Miami lead. However, the Hokies responded with back-to-back 3-pointers to get within three of the Hurricanes. Jalen Cone was fouled on a 3-pointer and nailed all three free throws and on the next possession. Then, Cone set up Hunter Cattoor for a three to give the Hokies the lead.

Later in the half, the Hurricanes would get their lead back off a couple of plays from Lykes which lessened the Virginia Tech momentum. Miami would eventually extend its lead to 11 after a technical foul was called on Virginia Tech. It was a strange end to the half with another technical foul call, but this one was on Miami. The first half ended with the Hurricanes up 41-32.

The second half started with both teams exchanging a few buckets. Landers Nolley II got going for the Hokies and brought down the Hurricane lead to six, but Miami responded with four quick points of its own.

Later, Tyrece Radford would do what he does best, which is bring pure hustle, causing a turnover and getting a big bucket off his own offensive rebound. This would bring the Hokies to within six, but everytime the Hokies had something up their sleeve, the Hurricanes would respond. This time it was courtesy of Keith Stone, who went back down the floor and made a reverse layup to silence the crowd for Miami.

Finally, the Hokies got a couple of stops on the defensive end, and Radford kept coming right at the Hurricanes. Virginia Tech went on a big 11-0 run lead by Cone and Radford to put the Hokies up by three points with eight minutes to go.

Down the stretch, Nolley II hit six free throws to extend the lead along with a Radford dunk in transition which helped a 19-4 run. With four minutes left, the Hokies had a five point lead. On defense, the whole team worked hard to cause four Miami turnovers.

For the Hurricanes, their star player Lykes got in foul trouble down the stretch which disrupted their offensive flow. They kept fighting though, knocking down a few free throws to cut the lead to one. Mami was 20-of-20 from the free throw line to this point, which really helped them stay in the game.

On the Hurricanes next possession, Isaiah Wong hit a big three to put them up two with a minute and a half left. Nolley II would respond with two from the stripe to tie it up at 74 with one minute to play. On the next possession, Radford caused a Miami turnover and then drove to the bucket for the 76-74 lead with 37 seconds left.

Miami was not done though as they got an and-one bucket by Kameron McGusty to tie the game at 77. The Hokies tried to win the game on the last possession, but Radford was blocked by Stone to send the game to overtime.

In overtime, Lykes and Cone exchanged 3-pointers. After this, the offenses stalled, but Miami got a clutch bucket from Wong to tie the game at 84. Cone got a shot up at the buzzer, but it wouldn’t fall. The teams would go to double-OT.

The first bucket in double-OT didn’t go until two minutes in by Miami, but Radford responded with a layup at the other end. Wong knocked down two free throws later, but once again Radford came back. He hit a crazy shot after floating the ball over the side of the backboard in what was surely the best moment of the night for the Hokies. Wabissa Bede came back down the floor and hit a baseline jump shot to give the Hokies the lead with 30 seconds to go.

Miami just would not back down as Wong came back and hit a tough shot over Bede to tie the game at 90. Radford tried to end it, but his jump shot was off and the game went to triple-OT.

In the third overtime, Miami got up to a three point lead off a few free throws, and Virginia Tech missed a few open jumpers, but kept fighting on the defensive end. They were rewarded with an open dunk from Ojiako to bring Virginia Tech within two. The Hurricanes extended the lead to six in the next couple of possessions, but Cone stepped up big to knock down a three.

Lykes ultimately shut the door on the Hokies with a dagger layup as Miami would go on to win it 102-95. Radford had a career game, and ended the game with 26 points and 10 rebounds to lead the Hokies. Virginia Tech visits No. 6 Duke on Saturday with tip-off set for 8 p.m.