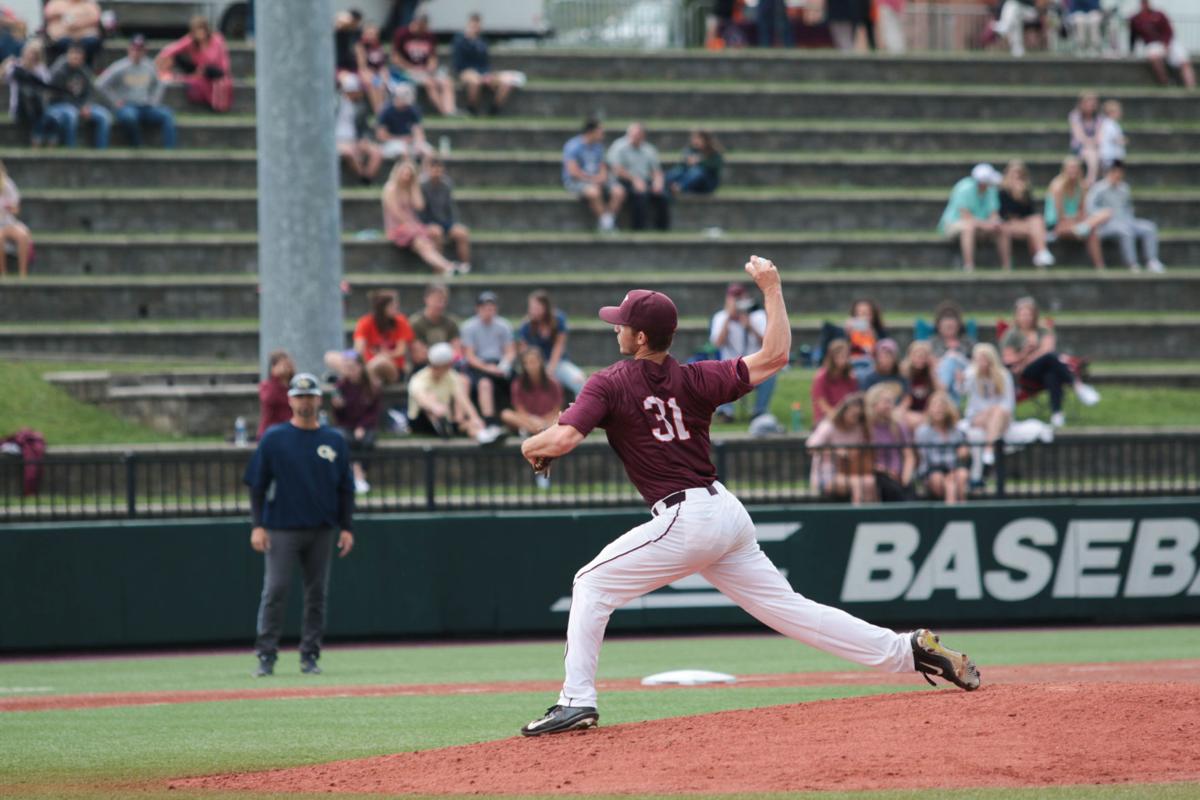 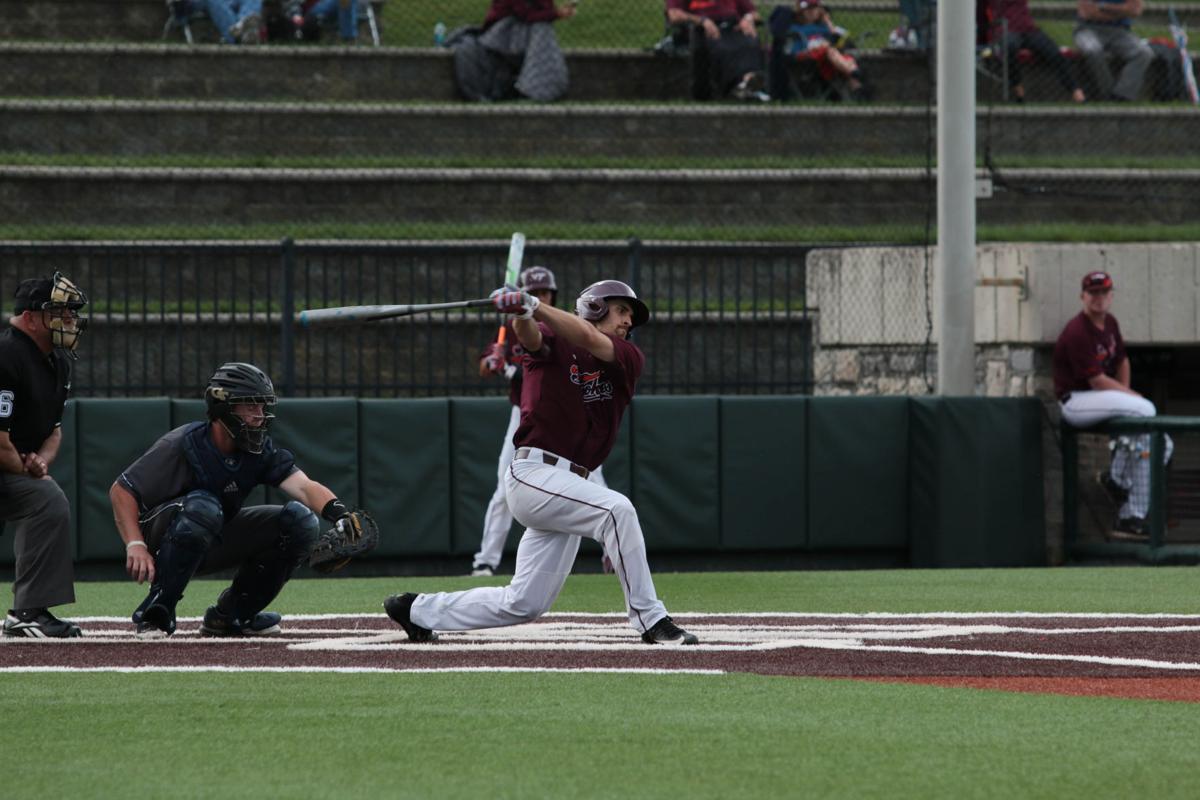 If there was a time for Virginia Tech baseball to make a run, then it was this weekend. With an ACC record of 7–11, the Hokies hosted the Yellow Jackets from Georgia Tech, who were also in need of a big weekend. With a record of 4–14 in conference play, Georgia Tech came in fighting for a spot in the ACC tournament, which takes 12 of the 14 teams.

Game one did not go the way the Hokies expected. Kit Scheetz was moved to the first game of the series with hopes of beginning the weekend on a better note. Prior to game one, Virginia Tech was 1–5 in ACC series openers.

Scheetz pitched well enough to win, but Georgia Tech roughed up the Tech bullpen and cruised to a 13–3 win.

The Hokies offense seemed as if it was in for a good day at the plate after they jumped out to a 1–0 lead in the first. Georgia Tech starter Xzavion Curry walked Ryan Tufts and then allowed a run scoring double to Tom Stoffel.

Curry settled in after that and worked his way out of trouble in the second and third. Scheetz was just as good for the Hokies as he cruised through the third, fourth and fifth.

Georgia Tech broke through in the sixth. A Kel Johnson RBI single tied the game, and Austin Wilhite gave the Yellow Jackets the 2–1 lead with a single.

The Yellow Jackets extended their lead in the seventh. Kyle McCann led off with a home run against Scheetz, and that was the end of the day for the senior who went six innings on three earned runs.

In the seventh with the Hokies trailing 7–1, Stoffel drove in two with a single to cut into the deficit. He finished 4–5 with all three RBIs. Tech later loaded the bases in the inning, but was unable to score.

Georgia Tech opened the game up again in the eighth with a five-run inning. Another run in the ninth made it 13–3. The Tech bullpen struggled as they allowed 10 runs (eight earned) over three innings. Scheetz (3–1) took the tough loss even though he pitched well.

The second game of the series got off to a rough start for Virginia Tech, but a late rally and big hits from a freshman and a senior propelled the Hokies to a 8–4 win.

Connor Coward, who was making ninth start of the year, got roughed up early. The second batter of the game, Trevor Craport, homered to left with a man on and Tech trailed 2–0 in a blink of an eye. The Yellow Jackets went back to the long ball in the second when McCann hit a solo shot to right. Another run in the fourth made it 4–0, but that would be it for the Georgia Tech offense.

Jay Shadday was pitching well until the fourth when the Hokies tagged him for three runs. A Tufts triple and an RBI double from Stoffel got Tech on the board. Stoffel had three more hits in game two and finished 7–9 at the plate for the day.

“I think he beat them every way he could. That was as good as I’ve seen him,” said head coach Patrick Mason.

Nick Anderson made it 4–2 with a sacrifice fly and Joe Freiday Jr. picked up an RBI after hitting a comebacker to Shadday that he threw away. Sam Fragale tried to score as well, but was thrown out, preserving a 4–3 lead for Georgia Tech.

Coward went five and allowed four runs and earned a no-decision. Aaron McGarity came in, and even though he was in a different role, he shut the Georgia Tech offense down.

“Coach let me know at the beginning of the game that I was going to be used in long relief today. I was mentally ready and able to prepare accordingly,” McGarity said.

With two outs in the eighth, Tech mounted a rally. Back-to-back walks by Anderson and Mac Caples brought up pinch hitter JD Mundy, who singled in the tying run.

That brought up fifth-year senior Matt Dauby who has struggled this year, but the veteran came through. Dauby singled to center and the go-ahead run came in.

“Obviously, it’s been a struggle to this point, but my coaches and teammates have been really supportive of me. It feels really good to finally get that big hit,” Dauby said.

“He’s in the stretch run of his senior year and he’s faced a lot of adversity in our program. He’s a really good baseball player,” Mason said.

Cooper and Owens added the insurance runs with big hits in the inning and Virginia Tech led 8–4.

McGarity finished Georgia Tech off in the ninth for his second win of the year. The hard throwing right hander struck out four.

“My fastball was good until the last inning when I lost a little velocity. My slider was going for strikes most of the day so that helped me get through,” McGarity said when talking about his performance.

The Hokies who were facing a double-header sweep responded late and have a chance to win the series in game three.

“Coach Mason really challenged us after game one. It was a big character win to come from behind like that,” Dauby said.

With the series tied at a game apiece, game three proved to be the tightest of the weekend. The Hokies trailed early on and battled back, but couldn’t come up with the big hit as they dropped the finale to the Yellow Jackets by the score of 6–4.

With the threat of weather looming all day, it was key for both teams to get out to a fast start and Georgia Tech did against Hokies starter Anderson. Leadoff hitter Wade Bailey jumped on Anderson’s second pitch of the game and drove it over the left field wall for a home run.

That wasn’t the end of Bailey’s day. In the third with a man on, he took Anderson deep again and Georgia Tech had a 3–0 lead. Another run in the inning following an error made it 4–0.

Mother nature took over after that, and 90 minutes later, play finally resumed. When Tech returned to the field, Packy Naughton was on the mound.

Naughton finished with 4.2 innings while striking out six and allowing two unearned runs. Joey Sullivan pitched a clean 1.2 innings to finish things off.

Virginia Tech had a chance to get closer in the eighth inning. With the bases loaded and one out, Dauby hit a liner to left that Murray chased down and caught right in front of the wall. That scored Anderson from third, but that was all the Hokies would get.

The defense for Georgia Tech stepped up again in the ninth. With the tying run at the plate, Fragale lifted a fly ball into right against the shift. Yellow Jackets right fielder Coleman Poje raced over and made a diving catch to end the game.

Hokies take down the Fighting Irish