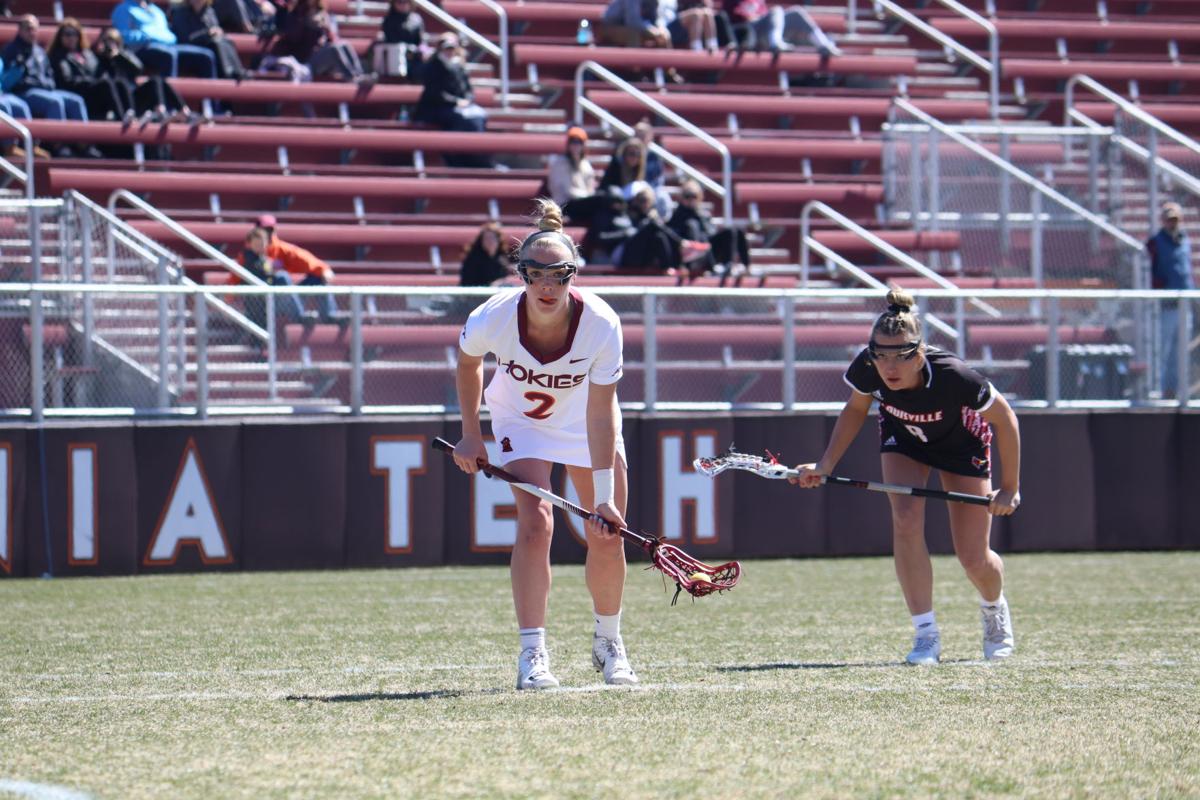 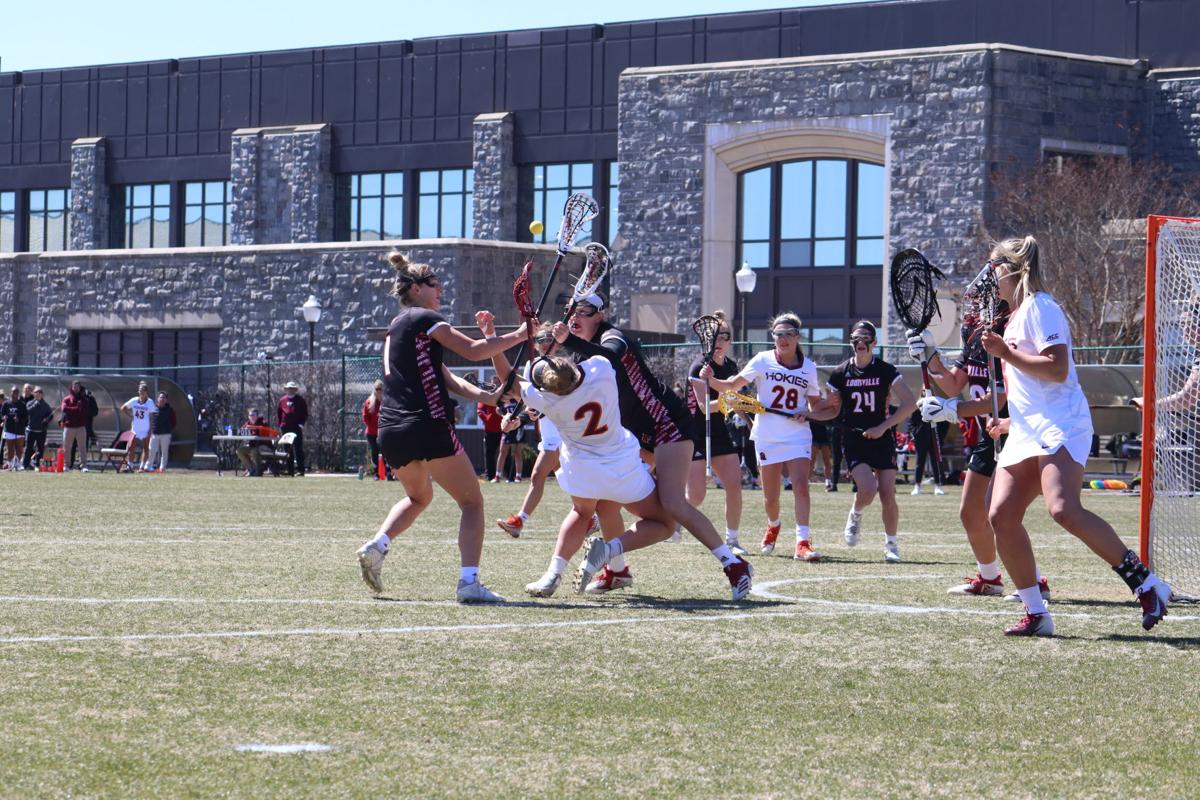 The Virginia Tech lacrosse team played its ACC home opener against the Louisville Cardinals Saturday in Blacksburg. The Hokies came in looking to notch just their second win in program history against Louisville. The Cardinals came in looking to improve on a disappointing 4-7 record on the year. In a relatively packed Thompson Field, the two teams faced off in a battle that would go down to the wire, ending in a nail-biting 17–16 win for the Hokies.

Louisville opened play by winning the opening draw. In what was a tough, physical game from the beginning, the Cardinals got off to an early lead with goals by Alex McNicholas and Tessa Chad. The tide would turn with 26 minutes left in the first half, with star midfielder Paige Petty winning a draw. The Hokies would turn the ball over, but Morgan Berman made an amazing save on a blazing McNicholas drive that would get the crowd roaring. With the Hokies getting the ball, Mary Claire Byrne made an amazing underhand goal to get Virginia Tech going.

After Virginia Tech won another draw, Petty would tie the game up with a goal while falling to the ground. Louisville would answer back, with Ally Hall ripping a shot at the goal and making it. The teams would battle back and forth through the half from there, with the Hokies mostly holding onto the lead. Sara Goodwin hit a goal midair with 20 minutes left.

The Cardinals’ Kayla Marshall would make a goal to answer back. But things got going for the Hokies again with Petty leading the way. She made a goal, set another two up for Emma Crooks and Julia Bolte and then hit one herself in the top right corner. Reilly Reed would score, and Petty would score again to close the half on a free shot. Louisville would stay in the game with two goals by Chad, and one by Shayla Scanlan. The Hokies would go into the half with the lead 9-7.

The Cardinals would storm back in the second half led by Scanlan, Hall and Chad scoring six unanswered goals to take the lead, 13-9. When all hope seemed lost, Virginia Tech kept fighting back with two goals by Byrne, and one each from Sarah Lubnow, Petty, Crooks, Reed, Goodwin and Bolte to get the Hokies back in the game.

With two goals during that stretch, Louisville was down 15-17 with three minutes left in the game. Brenna Shanahan would score a goal with a minute left to make it interesting, but with a draw win and good defense by Virginia Tech, it would prove to be too little too late for the Cardinals as the Hokies would go on to win 17–16.

The theme of this game in the first half was Virginia Tech’s ability to win draws and get quick offense against Louisville. The Hokies won 12 straight draws at one point. Unfortunately, constant first half turnovers allowed Louisville to stay competitive throughout the half. Then, in the second half, Virginia Tech’s lack of focus allowed the Cardinals to score six straight goals.

But, the Hokies’ resilience and ability to pull themselves together as a team bodes well for upcoming ACC play. The biggest issue will be ball security, as Virginia Tech cannot afford to turn the ball over 16 times if they want to beat good teams. The Hokies improved to 8-4 (1-1 ACC) and will face off against the 8-2 North Carolina Tar Heels on Tuesday.